The Kali Audio LP-6 (Lone Pine) are making waves in the music production community for their highly affordable 6 inch speaker that is outperforming speakers many times its price. If you haven’t heard of Kali Audio, that may be because they’ve only been in business since early 2018. However the company is far from new to the world of studio monitors. The founders of Kali Audio, all former JBL employees, have over 100 years combined experience in loudspeaker manufacturing and were the team behind the creation of the much lauded JBL LSR series of monitors among many other products. 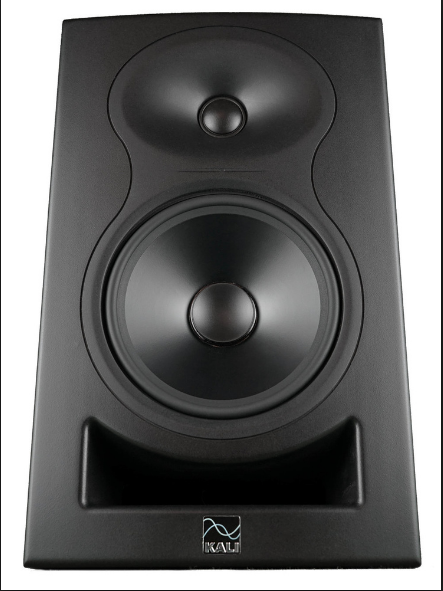 So what’s so special about these speakers? Well, there are a couple of technologies like “Waveguide” which claims to improve imaging by aligning reflections with the direct speaker sound. And the low port noise tube which avoids chuffing and improves bass response by ensuring that all the air leaves the port tube at the same velocity. An added bonus is the fact that the speakers come fitted with XLR,TRS and RCA inputs.

With some calling this the best pair of monitors under $500 period, if you are looking for a pair of quality budget monitors they are definitely worth checking out.

I was first turned on to the JBL LSR305 years ago by a client at a major video game studio who recommended them to me for their cost to performance ratio.

Apparently, the way JBL was able to get the price so low on these monitors (and their bigger 8 inch brothers) was by re-using the “Image Control Waveguide” technology that was initially developed for their higher end M2 Master Reference monitors. 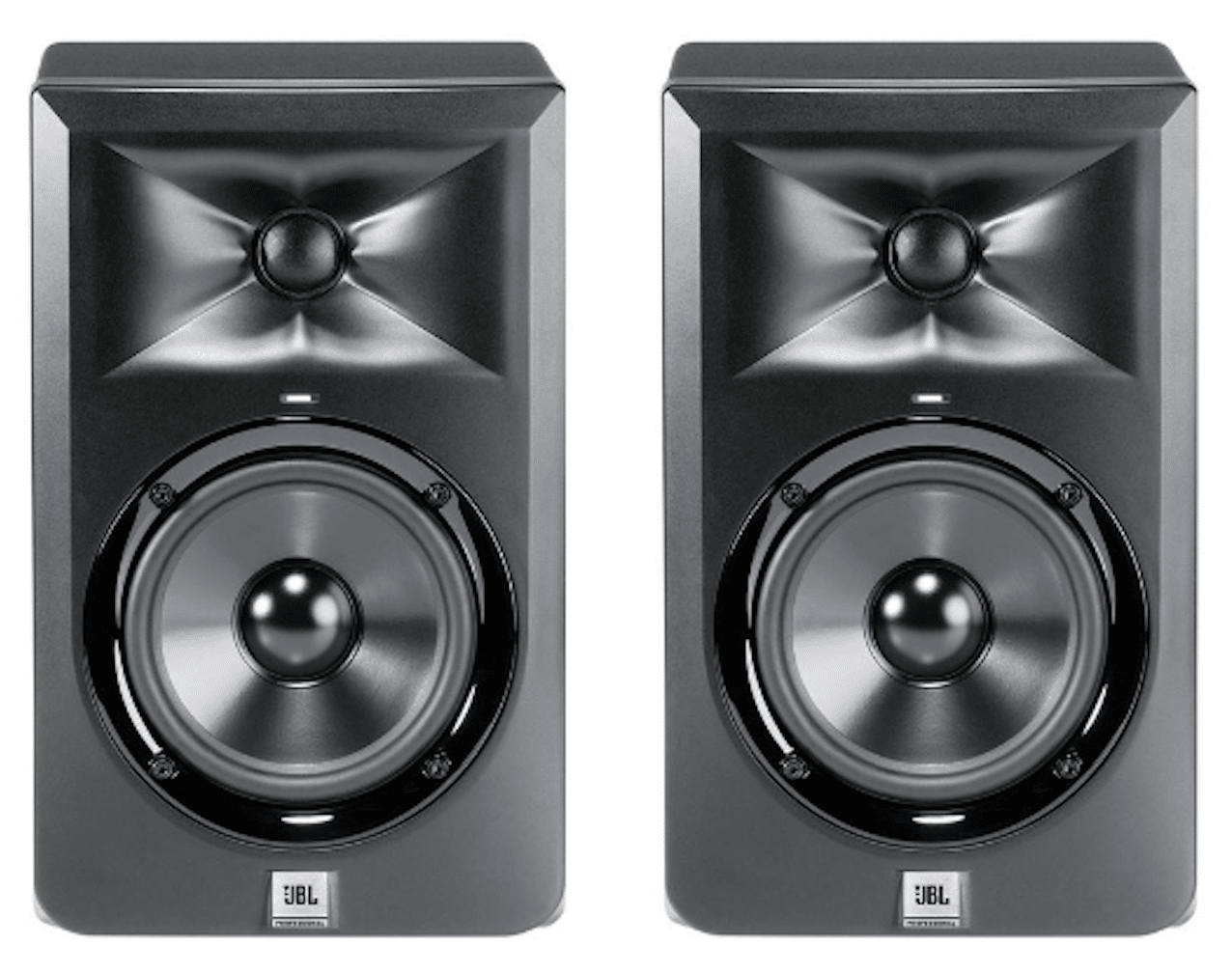 The waveguide manages dispersion and is also designed to time-align the tweeter with the woofer which creates a better sense of mid-range focus, as well as a wider sweet spot. Another interesting design feature is the ”Slip Stream” bass port which is designed to reduce port wind noise while extending the low-end performance. Fancy marketing buzzwords aside, what these two features should mean for you is that you more easily hear the details allowing you to mix more accurately and efficiently.

While physically similar to the passive vintage classic Yamaha NS10 monitors, the HS series of monitors are a totally different beast. I had the opportunity to use a pair of HS5s extensively while working on a feature film score from a small writing room. I found the speakers to be decent enough to work with and they were ideal for the size of the room I was working in. 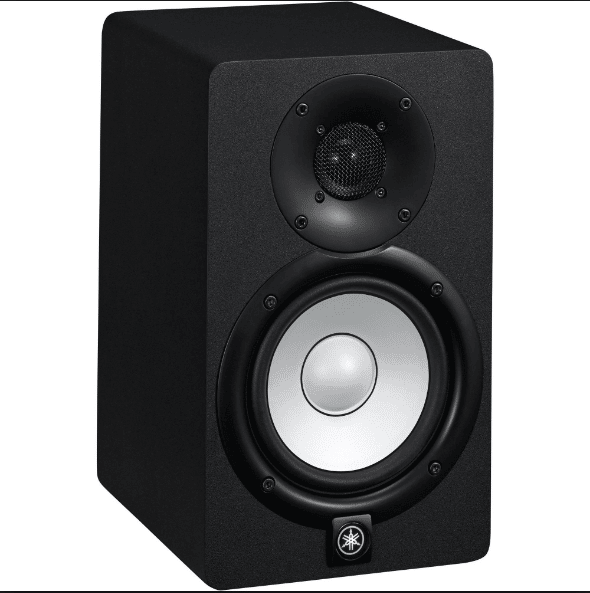 The speakers feature a 5″ cone woofer and 1″ dome tweeter, room control and high trim response controls and very usefully xlr and trs phone jack inputs. If you are a producer who is working with limited space then these are definitely worth checking out.

These ubiquitous yellow-coned speakers have been a mainstay in home studios around the world for over a decade. Popular among EDM and hip hop producers alike these speakers feature a flattering bass sound that is appropriate for those genres and being a smaller speaker are well-suited for smaller rooms. 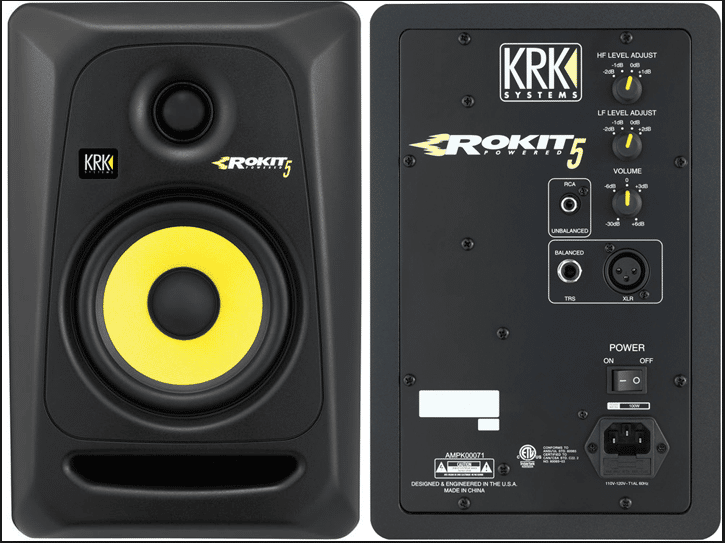 The IK Multimedia iLoud micro are a unique type of speaker on this list. Featuring an unusually small and unorthodox form factor, the iloud is designed with flexibility of placement in mind. iLoud Micro Monitors are specifically designed for small makeshift working spaces – bedroom studios, small project studios, on the tour bus or in a hotel room, and they are perfect as an additional reference monitor system for super near field listening. 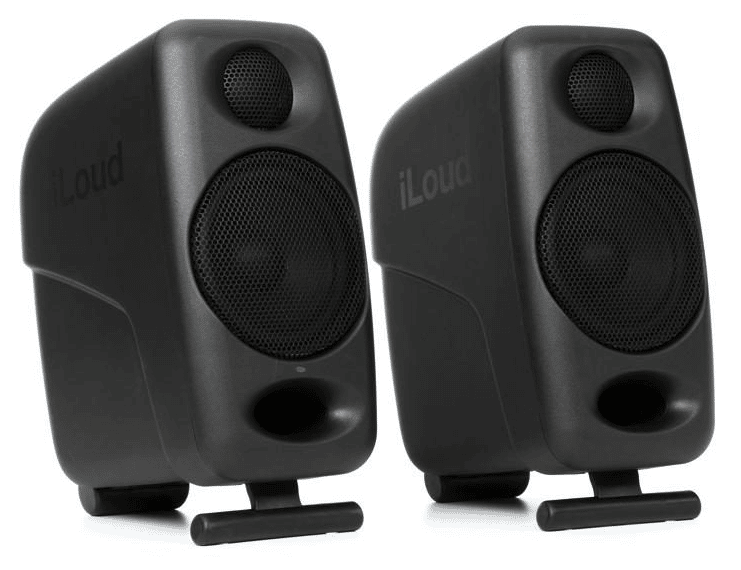 Plus, its internal DSP offers various EQ settings for optimizing bass and treble response as well as position compensation – this lets you switch between a “free field” and “desktop” setup effortlessly. These speakers offer surprisingly decent bass response for their size and very respectable stereo imaging and overall clarity. 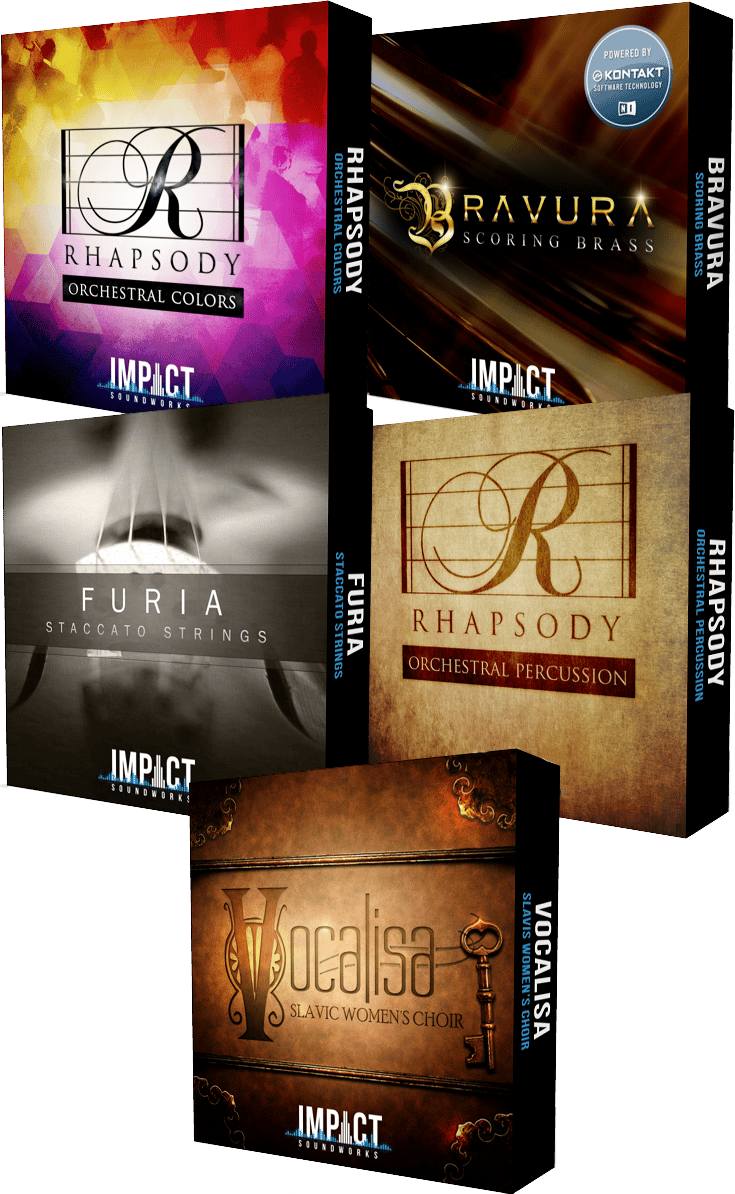