How To Make Cinematic Drone Sounds

How To Make Cinematic Ambient Drones

In this post, we’ll be covering the sound of drones. And by drones, I don’t mean those annoying buzzing kids toys flying around your neighbourhood taking snapshots with a camera, nor do I mean the bigger more annoying ones spying on us from the sky. I mean the less annoying musical ones playing in the background of your film or game soundtrack!

Now that we’ve figured out which ones we’ll be talking about, let’s get started, shall we?

When we think of drone sounds, we usually think of big low bass synthetic ones making sub-harmonic noise or atmospheres, but there are other ways of making a drone sound in other frequency ranges, and not just synthetic ones, but organic ones too.  You just need to have the right tools and know-how to do it.

I will give you the know-how, but as far as the tools go… Well, go get your own! :-p

There are two ways to get a drone sound: One is obviously with synths, and the other one is with organic sounds and instruments processed with various effects.

The easiest less challenging way to make a drone sound is by using a synth with some sort of a waveform.

So here’s the recipe:

Take any kind of a waveform, sine, square, triangle and tweak the ADSR first.

ADSR are the envelopes controlling the way your waveform will reproduce the sound, and it is always labelled like this on any synth out there.

I think the names speak for themselves, but basically Attack controls the time how soon the sound will be audible. Think of it like this: a shorter setting is for snappy fast playable sounds, and a longer setting is for drones, pads and any type of sound that is used for atmosphere.

Decay controls how soon the sound will go from attack level to sustain level. You can always tweak it to make the attack louder than the sustain in order to accent the note, or you can make both the attack and sustain at the same level. The choice is solely up to you.

Sustain is the envelope controlling the overall level of the sound while it is sustaining.

Release is the time it takes the sound to go from an audible level to zero. Basically, it represents how fast the sound will fade away. Shorter settings for more abrupt endings and longer settings for nice smooth fade-aways. 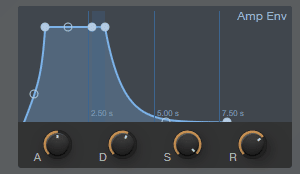 So now that we’ve got that covered, what else can we do?

If you are using a multiple oscillator type of synth (and most of them today are designed like that), you can add more oscillators to the original one and adjust them to play different waveforms (i.e. one can play saw, the other one is a sine, etc…) and to make the sound more beefy, you can detune the other ones a bit in order to make a pleasant chorusing effect. 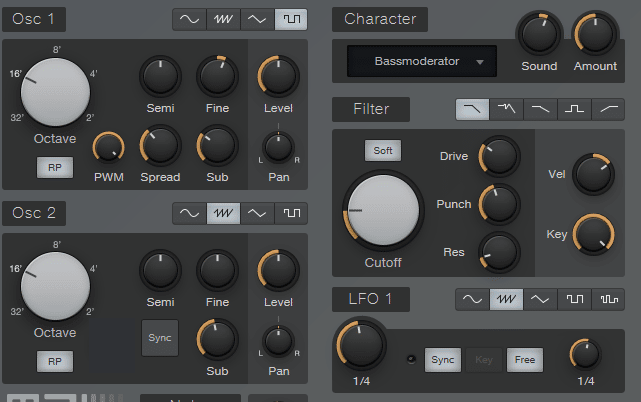 In order to make some movement, you can add a nice big fat low-pass filter and you can either automate it with another filter, or you can control it yourself by assigning it to a MIDI CC like CC1, which is the modwheel. You can add a lot of other modulators and filters to the patch, so feel free to experiment yourself.

Now it’s time to add some FX on this: I usually like adding some delay, reverb, and maybe some sort of distortion in order to make things a bit more gnarly for a darker setting. If your synth doesn’t have built-in FX, you can always add a plugin on the synth channel.

Make sure you’re playing the drones in lower octaves, and you’ve got yourself a pretty decent synth drone! By the way, this approach works for both monophonic and polyphonic synths.

BUT HERE IS WHERE THE FUN BEGINS: What if, just think about this, what if you’re using HARDWARE?! 😀 Got your imagination tingling didn’t I?

What I have at my disposal are my two analogue KORG Volcas (Volca Bass and Volca Keys), so I like using them with a few of my guitar pedals. I usually set the attack time on Volcas to be fairly slow, sustain at the max, decay and release to be also longer to make the sound fade away more naturally, and I modulate the low-pass filter with an LFO to make it move a bit.

Then I run it through Electro Harmonix Big Muff fuzz pedal to make it gnarly, add some Boss Chorus on top of that and then run it through an echo or a delay pedal like TC Electronic Alter Ego 2, and then it goes into a reverb pedal doing the shimmer effect. I like the TC Fluorescence pedal for this. You’ve got yourself an AWESOME hardware pure analogue drone.

This is for the sound designer who likes to experiment a lot. If you’re skilled enough ANYTHING can be used as a sound source to create a drone sound, but we’ll stick to the more musical approach here. The most obvious instruments here are strings. Cello, double bass, violin, viola, electric guitar, bass guitar, whatever can sustain a lot naturally. The piano is also nice to use.

I am a guitar player, so I like using my guitars or basses to create drones either by picking the strings or by playing them with an Ebow. So go get your guitar, plug it into an amp or amp simulator, make a nice tone that you like, and start adding hardware pedals if you have them, or if you have a software or hardware amp sim, you can add the bundled FX, whatever you like.

I like both approaches because I don’t own a lot of hardware pedals, so I sometimes add some quirky FX to an amp sim. There are great amp sims out there like Amplitube and BIAS FX, Line 6 Helix also, Guitar Rig… Whatever you want, take it and have fun with it!

When it comes to a guitar, I like playing it with an Ebow to get an infinite sustain, and when I am using a software amp simulator like BIAS FX, I like adding various effects to the sound to make it more ambient and drone-ish.

For example, you can add an octaver to beef up the sound of your guitar and even add upper octaves for a polyphonic drone. Add some chorus (yes, I like ’80s bands), add TWO delays now! Whoa! Why two delays? Well, just because you can, but also to get some nice echoes from the two. One can be set to quarter notes simulating a ping-pong delay, and the other one can be dotted 8ths simulating a clean digital delay, or maybe an analogue delay.

You’ll be getting some nice results. You can add some sort of a digital hall reverb or a plate reverb as long as you give it a nice long tail. If you’re not using an Ebow, you can make the notes sustain by turning the delay feedback up a bit until you are satisfied with the sound. And if you’re picking the strings, try using the volume pedal to simulate that swell sound, or just ride the volume pot on your guitar. You can also get an affordable pedal called Crescendo by TC Electronic, that does the aforementioned thing for you.

When working with sampled instruments, you can use any string section, or a solo string instrument and lather it up in delays and reverbs, overdrives etc…

As I said, a piano is also cool if you can tweak it with nice effects.

There are some cool plugins out there that can help you get such results. We all have reverbs and delays bundled with our daws, and most of us in the business are using already known delays like Echoboy or anything by UAD and Waves out there. Regarding reverbs, there is Valhalla that we all have, and other stuff too.

But here are some nice FREE ones (they were freebies when I got them) that you may not know about:

There is a cool reverb by StoneVoices that’s simply called Ambient Reverb, and that’s all you need to know. It’s an amazing effect for making drones. If you’re into sci-fi stuff and the stuff that Olafur Arnalds is doing, try it out, you won’t be disappointed. 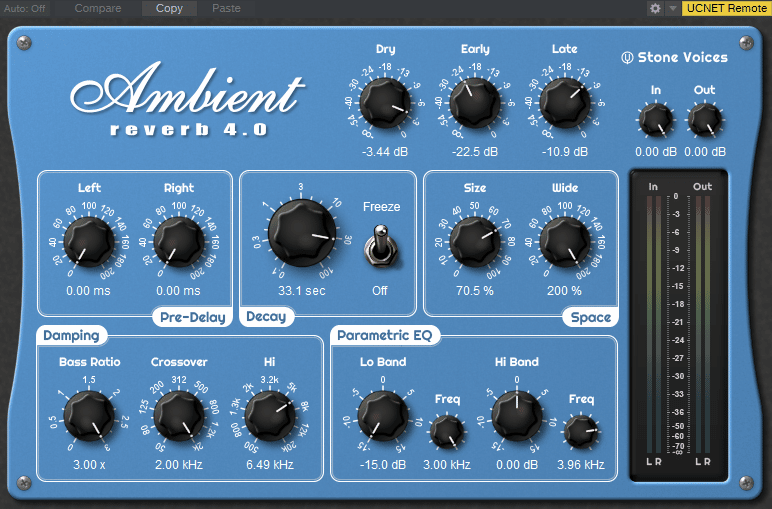 Another hidden gem is CloudSeed by Valdemar Erlingsson. Also, an amazing drone machine if you tweak it and place it on some strings, piano, or whatever…

And that’s about as much as I know about making drones. Now go and have fun with this and make some of your own original stuff. Your friends will love you for it!