When I decided to launch a new sampling company I knew that I wanted to do things differently than my previous attempts. My first company “Private Labs” was fairly successful, but ultimately suffered from lack of long term vision and ended in a broken promise. My second company “Audio Wonder” was hastily and haphazardly put together and was shut down within months of releasing our first product.

In the years since Private Labs and Audio Wonder, I have gone on to work with some of the industry’s leading companies, producing sample libraries for the likes of 8Dio and Sonuscore among others. The experience taught me what great companies are made of and what it really takes to make a world class product. Perhaps most importantly, it gave me the confidence that I am capable of making great products from end to end.

There is a great saying that goes something like the question is not just “can it be built, but should it be built?” Does the world need another strings library? How many more pianos and drum-kits do we really need?

I can confidently and enthusiastically say that many of the libraries you will see from us will have never been done before. They are deliberately bold and adventurous with a strong sense of purpose. Sure, we’ll create some of the more traditional range of products as well if we feel we can put our own unique mark on it, but we won’t make anything just for the sake of making it.

Great quality begins at the source. Our first point is to start with inspired performances. We work with the best musicians we can find and record them in great sounding spaces. Our main studio “Argo” in Yerevan, Armenia is easily one of the most unique recording studios of its kind in the world and is equipped with a collection of high-end classic mics and rare vintage pieces. Obviously the studio, mics and gear aren’t the products themselves but they all help to give each of our products their own unique identity.

User experience and Interface design is something that was really important to me for this company. I spent months studying interfaces from my favorite products and companies. Before coming up with wireframes for what would eventually become the concepts for our first series of products, I would work out my ideas by sketching out dozens of drafts on the backs of paper placemats in cafes, discarding them immediately afterward.

Even though I was throwing them away, I was keeping mental notes and I would like to think this exercise somehow helped me work through my ideas, figuring out new ways of approaching the design challenges I had. Eventually, one weekend I sat down in front of my computer in Adobe Illustrator and committed to two concepts that had all the features I wanted to include in my first range of new products. Once I was happy with my designs, I met up with a talented local 3D artist that I had been wanting to work with for a while and recruited him to bring my concepts to reality.

In studying great companies and top performers I admire, one of the common things I notice is that without exception there is a strong team in place. There is truly something magical that comes out of getting together with a group of top performing, like-minded people who each have their own speciality and bring a unique element to the table. Early in my career I genuinely struggled with collaboration but after several years of leading and managing teams for orchestral recordings and my own film score projects, I have finally embraced the process and have come to enjoy it. I have put together a very talented team of musicians, producers, programmers and designers with the goal of creating the best libraries in the world and we are looking forward to sharing our work with the world. 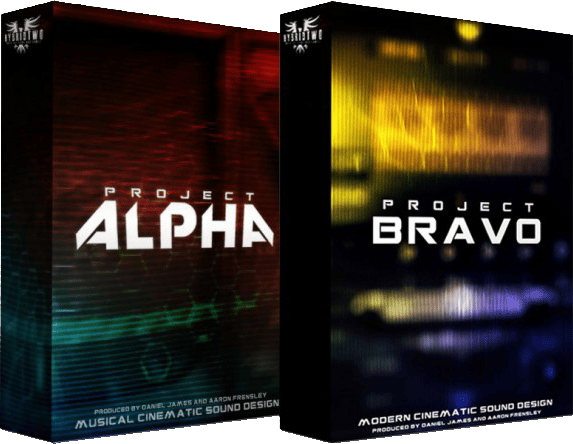