Cinematic music is getting more and more popular and library developers keep updating their existing libraries as well as continuously releasing new ones. And we have to keep up with the industry, so here is our top 10 pick of cinematic music sample libraries for this year. In no particular order of course… 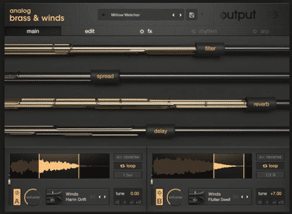 We absolutely love a good hybrid sample library when we see one, and this is really something! It will cover all of your needs for that fat hybrid brass sound, featuring a ton of great patches which will keep you inspired for years to come. This blend of orchestral instruments and synthesized sounds is truly the future of film scoring and is perfect for both newcomer composers and seasoned professionals. 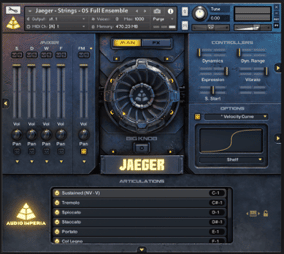 This one got popular really fast due to its big and somewhat dry-ish sound. The samples are recorded mostly close up without the big room sound so you have the flexibility of tweaking it to your liking, but also using it as a layer on top of your already existing orchestral libraries. It adds a really nice punch. And that solo vocal patch featuring Merethe Soltvedt… Just wow. A must have if you are into big action and trailer sound. 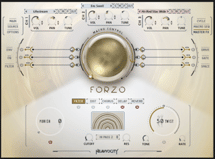 These are Heavyocity’s first entries into the orchestral domain and these guys know their stuff! Forzo is a massive brass library that just oozes with bombastic sound. The patches are of the highest quality and there is plenty of room for hybrid sound design. It is more versatile than previously the mentioned Analog Brass & Winds because it has orchestral brass samples, not just hybrid and sound designed sounds. 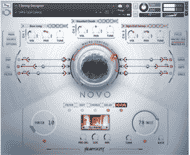 Novo is like Forzo, only for strings. Perfectly sampled string sections both organic and hybrid so there is plenty of fun in the box. For the biggest and boldest sound in trailers, try combining these two together with Audio Imperia’s Jaeger. 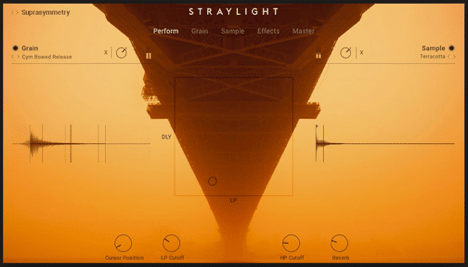 This is something really fresh and rather cool by Native Instruments. They rarely make a cinematic sounding library themselves, but when they do it is really something. Straylight is basically your one-stop shop for big ambient soundscapes, drones and pads. You have tons of different sound sources, both organic and designed and you can blend two of them together in order to create something totally unique. It’s plain and simple to use with a beautiful GUI. If you are working on a sci-fi project at the moment, you need this!

The latest iteration of the Ethera series focuses on the epic side of cinematic music. Besides having heavy trailer sound design and percussion patches, Ethera Gold is packed with a lot of useful sounds for big and epic cinematic music, plus it has a strong solo female vocalist engine at its core. 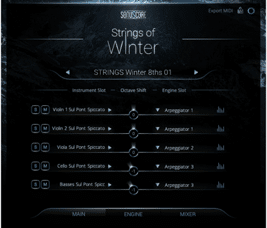 This one comes from the amazing people over at Sonuscore, the creators of sample libraries such as The Orchestra, Action Strikes and Action Strings. It’s not just another standard string library because it has a lot of patches of rather interesting articulations performed by a 41-piece string ensemble divided into sections. If you are looking for something fresh in your string library, feel free to check this one out.

Sample Logic are veterans at creating cinematic sample libraries for almost 10 years now and the BOOM library guys have been making industry-standard sound FX and foleys almost as long as Sample Logic has been making sample libraries. It was only natural for them to join forces and bring us a comprehensive collection of sounds built specifically for trailer composers. This library has all the goodies you can hear in trailers such as booms, braaams, swooshes, hits, impacts, sub booms, risers, downers, you name it. If you are looking for a cool addition to your collection, look no further. 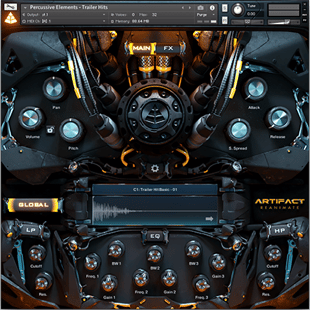 The guys from Audio Imperia can sure make an awesome sounding cinematic library, plus the GUI design on a few of their latest products has been as awesome as their sounds. Artifact Reanimate is their latest addition to their plethora of cinematic hybrid libraries, based on a redesigned and expanded version of their popular Artifact Fractal library.

Artifact Reanimate is a lot more than just a re-release as it combines the original “Artifact Fractal” content with the newly created “Artifact Tonal” content under one roof and inside their latest sound design engine version that offers extra manipulation options. The original collection of massive, gritty and hard-hitting percussion sounds has now been completed with a large array of tonal tools that fit many musical environments and a variety of styles. 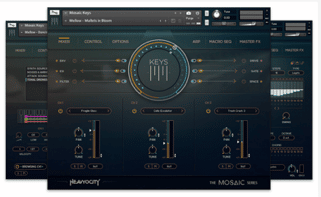 These two are latest newcomers to hybrid sound design libraries developed by Heavyocity and even though they have been available for less than a month they are already gaining in popularity. The new Mosaic series is presented as a new “passion project” from the Heavyocity team. For this new series they focused on inspiring vocals and instruments with sound design from single musical elements to create a pallet of sounds for use in the NOVO-esque hybrid engine that looks and sounds spectacular. 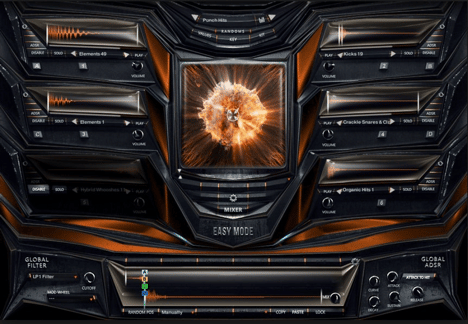 This is your swiss knife of trailer scoring. The AizerX Classic Trailer Toolkit is the newest product from KeepForest studio, based on the original AizerX engine with improved functionalities. This library contains a completely fresh and massive collection of hand-crafted high-quality sound effects created by the KeepForest team, a new wonderful sounding AizerX synth with presets, including pads, piano, basses, plucks, keys, etc… and other instruments waiting to be explored. This is your non-stop shop for big cinematic sound!