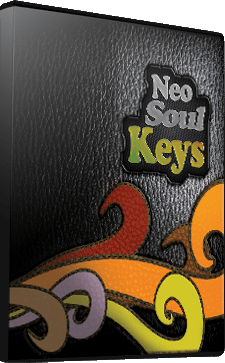 “Neo Soul Keys” is by far the most realistic, organic, buttery, creamy, gritty, and dirty Electric Piano Suitcase, Wurli, and Stage emulations ever made! This EP emulation has the best of all worlds with three of the most important EPs (Suitcase, Stage, Wurli)

Add in vintage modeled effects, complex impulse response algorithms, and tweak-able knobs for ultimate control, you will have the best electric piano experience ever produced in a plugin!

A Virtual Electric Piano that Feels Just Like the Real Thing…

“Neo-Soul Keys” is a very specific urban sounding electric piano library designed to reproduce the exact sound, feel, and playability of the real thing, with the detail and expressiveness of a real cabinet and, of course, the most beautiful vibrato.

The #1 goal was to make sure that if you were not able to take a real electric piano to your gig or studio, then this library would be the next best thing.

This authentic sound is achieved by a combination of 6.46GB samples (3.6GB compressed) and complex impulse response algorithms that will give you the grit of hip-hop; the silkiness of R&B; and the soul in neo-soul. 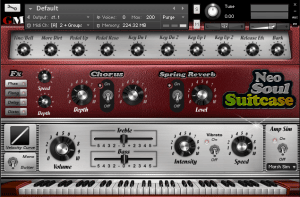 6.4GB of the Best Electric Piano Library Ever Made!

“Neo Soul Keys” represents what is said to be the best electric piano library ever made. It boasts a whopping 40 electric pianos, along with some very cleaver scripting techniques that will allow one individual electric piano to have over 24 timbres that change with velocity.

When Gospel Musicians first embarked on the incredible task of creating another electric piano library, they waited years for the right suitcase to sample. With so many incredible options out there, they narrowed our focus on one main goal and that was REALISM. They wanted to give users the most authentic and organic experience possible. When you bang down on the keys, Gospel Musicians wanted you to hear and feel all of the grit, grunge, clank, and thud of a real electromechanical instrument.

The second thing they wanted to do was to make sure that the library had BARK, they felt there was still a little room left for another electric piano sound that would offer the extra grit and silkiness at the same time. One thing to note though: Don’t just take the stock sounds alone. There are so many knobs and effects to tweak that you can pretty much create any type of EP  sound that you want with the library.

The Playability of a real Electric Piano in Kontakt/UVI Formats!

The sound of “Neo-Soul Keys” is extremely warm and expressive. You have the ability to completely purge all of the mechanical effects in order to save CPU and RAM. You also have the ability to customize each and every mechanical effect and independently adjust the velocity curve, velocity amount, and velocity sensitivity, which lends to an infinite amount of control when moulding and crafting your own sound. When you combine an already and vintage sample of an EP and combine it with a very high level of scripting techniques, you get the best electric piano library ever made!

One of musicians Gospel Musicians patterned their sound after was non other than George Duke and before he passed away (RIP), he had some things to say about what he uses on the road and for gigs. Here is what he said about Neo Soul Keys:

“I also incorporated one called [Gospel Musicians] Neo-Soul Suitcase, because that has a little more grit and meat on it for certain types of sounds. There’s another that’s pretty smooth, and it’s also a Scarbee thing but it’s toned down; it doesn’t have a lot of attack. As a matter a fact, I’m using that sound on “Brazilian Love Affair.” When I go into playing more funk, I might use Neo-Soul Keys, which has a lot of attack….” (Keyboard Magazine, Aug. 2013) 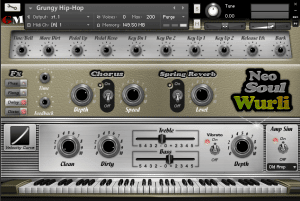 Which Version Should I Get? UVI or Kontakt?

Neo Soul Keys comes in two different formats. Due to the limits of the different samplers (Kontakt & UVI Workstation), the two formats differ slightly in what they offer (though the main product is the same).

The Kontakt version of Neo Soul Keys has 5 electric pianos, whereas the UVI version has 40 in total.

The UVI version has different and more effects due to the UVI Workstation capabilities.

If you prefer working within Kontakt (and only need 5 electric pianos instead of 40) go for the Kontakt version. It works with Kontakt Player and shows up in your library list in Kontakt.

If you prefer using the UVI Workstation and would like more of a selection of electric pianos and FX, you should go for the UVI version.

Please note – the Kontakt version is compatible with the free Kontakt Player.

The UVI version works with the free UVI Workstation and does not require any additional software.