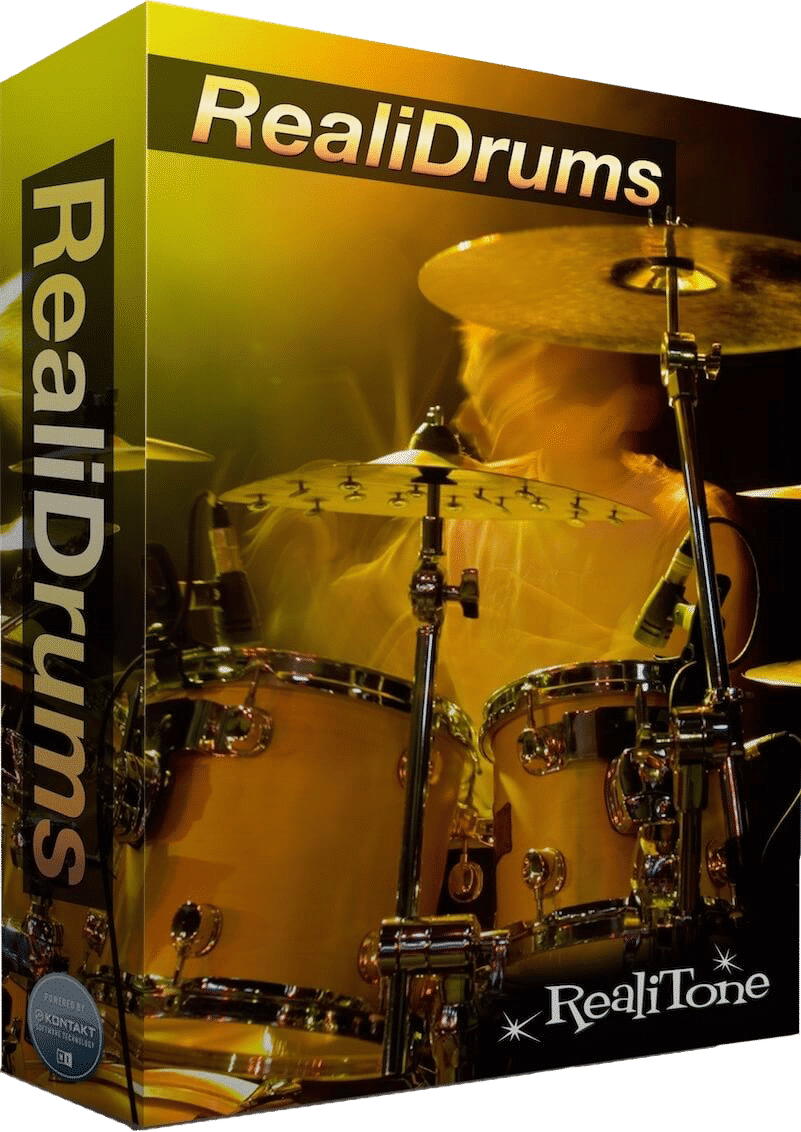 70% off “RealiDrums” by Realitone (Kontakt Player)

Welcome to your new favorite drum library – With “RealiDrums”, you’ll be working faster, you’ll be getting the best sounds available, and most importantly, you’ll be having more fun doing it!

With 117 different drums and cymbals, plus sidesticks and percussion elements, a revolutionary Groove Generator and a fast and intuitive workflow this is the biggest and best drum collection you can buy!

1 review for 70% off “RealiDrums” by Realitone (Kontakt Player)

This Is Not A “Normal” Drum Library… Here’s Why:

RealiDrums is not like other drum libraries. Check out the video to see why, but some if the great features include:

Best of all… this library runs in the Free Kontakt Player, which you can download HERE so no additional software is needed! 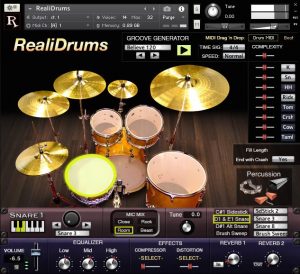 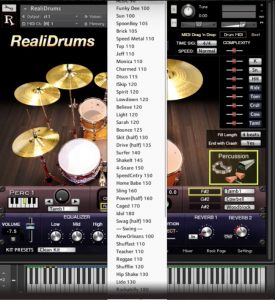 THE MOST FUN GROOVE GENERATOR

The Groove Generator in “RealiDrums” works completely differently to most other drum plugins. First you select a beat in a given style (from) , then you can begin to modify it to sound busier or simpler by simply moving the “Complexity Sliders”.

These Complexity Sliders are independent, so you can make the hi hat busier, but make the kick simpler and maybe add sparse (or busy) toms to the rhythm, too. There is also have a master slider if you want to adjust all the elements at one.

Now let’s suppose you want hi hat instead of ride. That’s easy. Just turn off the hi hat button and click the ride button. Or maybe you’d like toms to get involved in the rhythm. Just select it, the move the Complexity Slider until it’s playing what you want.

Want a crash cymbal on the downbeat? Turn on the crash button and move the Complexity Slider to the left (for the most basic crash pattern.) Or if you want your drummer to bang those crashes, turn up the slider until it’s just right.

The theory behind the Groove Generator was to make it feel as close to working with a real drummer as possible.

Prefer working in midi tracks? Use the Groove Generator as a starting point. Drag and drop any of the midi grooves into your host DAW tracks then edit to your heart’s content. Any way you like to work, this will get your track up and moving in no time at all!

BUT WHAT ABOUT FILLS?

Of course! You’ll find the fills on keyswitches, so you can play them anywhere in the beat, and they will automatically play in sync and adjust in length so they make musical sense. We guarantee you’re going to find yourself playing around with a beat and adding fills, just because it’s so fun!

Mix & Match – Get The Sound You Want Quicker Than Ever!

This means you can find the sound you need *fast*. No tweaking and tweaking, trying to massage the wrong drum into what you wish it sounded like. With “RealiDrums”, simply try another drum. And then another. All quickly, with no wait for load times!

Included are up/down buttons, as well as keyswitch opens for scrolling through drums, so you can click until you get to the drum with the perfect tone for your project. Want to hear the “Rock” mix of that drum? Or how about the “Room” mix? One click of a button. It couldn’t be faster or easier!

Of course if you insist on tweaking “RealiDrums” comes with a comprehensive Mixer panel that includes all the usual EQ, Compression and FX sends allowing you to sculpt your sound right inside the plugin to your heart’s content.

RealiTone even created a “Rack” page (one rack space for each drum), so you can see, and easily modify, each drum and cymbal, all at once, including the four mic mixes – choose from Close, Rock, Room & Beast!

All drums are assignable to separate outputs, there are velocity scaling options, and you can even map your keyboard however you like. The drums, fills and keyswitches (for scrolling through drums or beats, or even starting and stopping the Groove Generator) can all be assigned to whatever key you like! 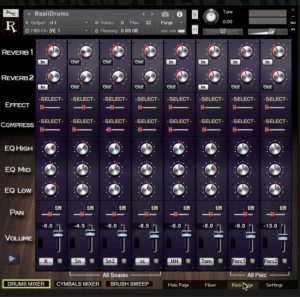 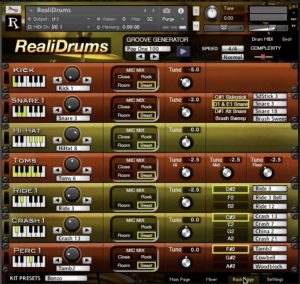 So What Exactly Can I Do With “RealiDrums”?

With a vast amount of drum choices on offer, comprehensive mixer and effects, not to mention the revolutionary Groove Generator,  “RealiDrums” feels just like working with a living, breathing session drummer!

Developers Realitone have put so much thought and care into this library’s production that it can be easily made to work in many genres of music, including:

Note: This library is compatible with the Free Kontakt Player, which you can download HERE.

No other software is required! 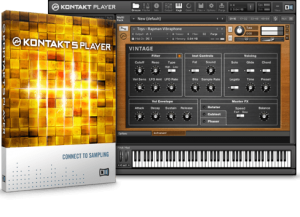 What People Think About 70% off “RealiDrums” by Realitone (Kontakt Player)