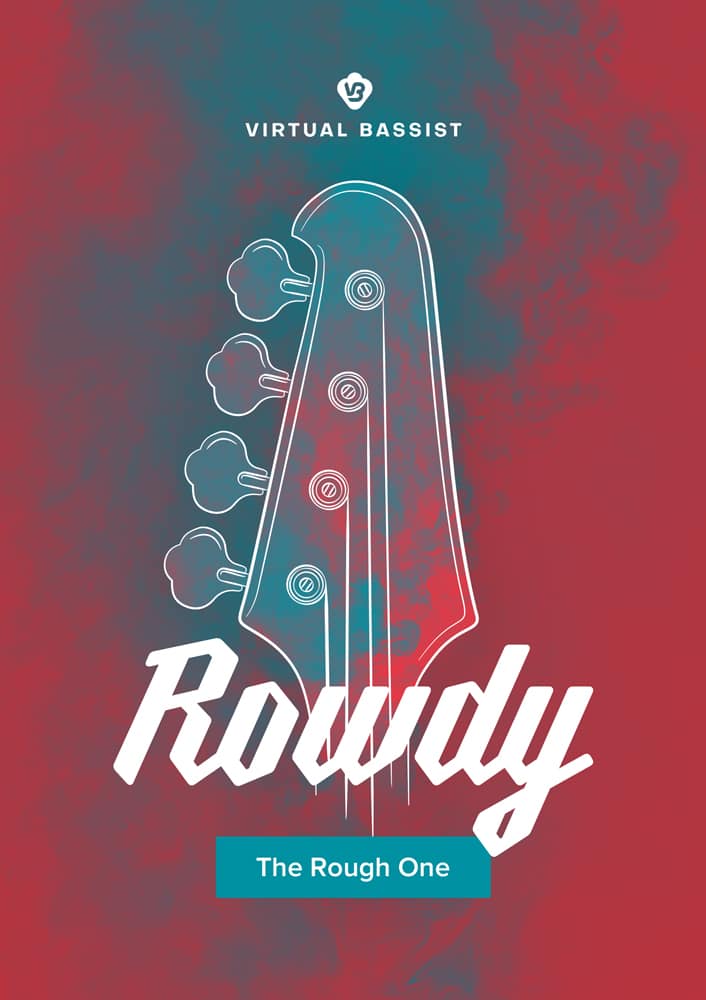 70% off “Virtual Bassist ROWDY” by UJAM

Virtual Bassist ROWDY is your loud-mouthed, high energy bassist with bite! If your bass needs to cut through heavy drums and a wall of guitars, then ROWDY is the perfect solution.

9 reviews for 70% off “Virtual Bassist ROWDY” by UJAM

“Virtual Bassist ROWDY” was built by musicians for musicians, giving you all the tools you need to produce awesome bass lines quickly and easily.

“Virtual Bassist ROWDY” is optimised for one clear, powerful purpose: To produce great-sounding bass tracks without distracting you from the complex endeavour that producing a song is.

Important Note: This plugin may not be compatible with macOS 11 (Big Sur) or macOS 12 (Monterey), please try the demo before buying HERE. 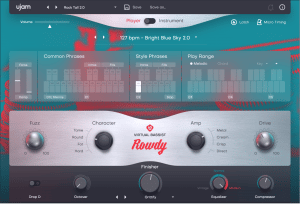 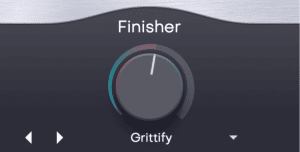 Lets Get Ready To Rock

ROWDY’s loud-mouthed, rebel sound and angry playing style means that even seasoned bass players themselves will appreciate the ability to get great sounding ideas down fast – with practically zero learning curve.

It can purr, but it’s built to roar. With a hand-selected, specially modified vintage bass guitar, hot amps, a fuzz box and even an octaver. It’s definitely a rocker and could also do with taking a shower but we’re too afraid to ask…

Designed with the UJAM frustration-free philosophy, ROWDY’s easy to use GUI and controls make it possible to achieve fantastic sounding and aggressive basslines in no time – no matter what your level of music production experience is.

Virtual Bassist ROWDY has two distinct modes – Player Mode lets you quickly choose from one of the 60 styles and 1380 phrases with your MIDI controller, seamlessly following in an intelligently musical way whatever key or chord is being played.

The Instrument Mode is one for the keyboard wizards and opens up the entire ROWDY fretboard to be played like a traditional sampler, complete with dead notes, full stops and even slides.

Perfect your performances and sound with Virtual Bassist ROWDY’s powerful yet simple tone-sculpting controls. Choose between a DI signal and 3 separate hand-picked amps with separate dial-in controls for overdrive and fuzzy rudeness.

The character knob can then give you instant access to many useful scuzzy sonic flavours before adding the cherry on top with an octaver and a simple EQ and dynamics section.

With the new Virtual Bassist 2.1 update UJAM provides Studio One users running on version 4.6.2 or later with an exclusive PreSonus chord and key track feature! Descriptions of styles and phrases are displayed on the piano roll to help you find the right styles and phrases faster and easier for your track.

Find Your Unique Playing Style With The Detailed Performance Controls

As with every UJAM product, ROWDY benefits from their frustration-free design philosophy meaning anyone can use this product to make music faster, better and easier, regardless of their music production experience level.

The top bar of the Virtual Bassist ROWDY interface lets you load and save presets. It also contains important management functions from checking your trial status to contacting support.

A preset in Virtual Bassist ROWDY is a complete setting of the entire plugin including Style selection and all control values. Here’s how you can switch presets:

Virtual Bassist ROWDY can perform either as a bass player or as a bass instrument, and you can switch between those two at any time.

Only in Player Mode, you will find a menu icon in the top right corner of the user interface. Click it to open a selection of Timing parameters that you can use to adjust your Virtual Bassist ROWDYs performance to your song.

When Latch is activated, once you press a key in the Chord range, Virtual Bassist ROWDY will keep playing until you press the Stop key.

You can use an optional Sustain Pedal as a temporary Latch. Lifting the sustain pedal unlatches any notes that are no longer held, even if the Latch switch is still on.

Here you choose a STYLE – the selection of phrases accessible via the Style Phrases range on the keyboard.

The lower left of the MIDI keyboard (C♯0 – B1) is reserved for a collection of so-called Common Phrases. These phrases are “hard-wired” and won’t change with the STYLE selection. Common Phrases complement the Style Phrases by patterns that are more generic and applicable to multiple contexts. 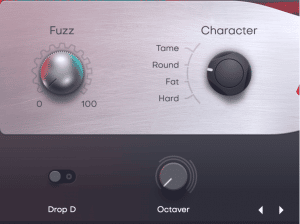 This area is where you tweak the overall sound character and dynamic response of the bass guitar.

Fuzz – Virtual Bassist ROWDY features a Fuzz distortion stage. It adds significant harmonic and character to the bass sound before it enters the pre-amp of the Amp setup. Use Fuzz subtly in combination with the amplifiers Drive control to add extra fatness and presence, or turn it up for a super-dirty fat bass sound. Whereas the Drive control of the AMP section is out of order when you use the Direct output, FUZZ always works independent of AMP selection!

The Character control is a chicken head switch selects one of four basic characteristics. These define the overall sound character as well as the dynamic response. Under the hood…

The Octaver is less of a typical mixer channel component, but a bass-typical effect: It adds a duplicate of the bass signal one octave above the original. The knob controls the volume of the effect signal.

This switch sends the bass guitar signal through either one of three bass amp setups or selects a direct signal in case you want to use an external amp (plugin).

The Amp Models include top amp, cabinet and microphones and are perfected for a range of applications of Virtual Bassist ROWDY.

This control adjusts the overdrive level of the bass amp to create a slightly distorted sound. The effect is very different depending on the AMP setup you’ve chosen.

As graphically indicated, the DRIVE control has no effect when you’ve chosen the Direct setting of the AMP control.

Virtual Bassist ROWDY features a bass channel with three audio processors dedicated for exactly this type of bass sound – a Compressor, an Equalizer and an Octaver.

As you turn up the Compressor control in Virtual Bassist ROWDY, you will notice that the overall volume goes slightly up, that notes in the lower dynamic range sound louder, and – towards the maximum – the bass becomes more attack-y, i.e. the transients are shaped accordingly.

The Equalizer complements the CHARACTER control really nicely in that combining the two creates a large variety of bass sounds.

The Volume knob adjusts the master output volume of Virtual Bassist ROWDY. It is a highly dynamic instrument, and there is a lot of functionality – from Force to Compressor to Amps – affecting the overall volume, so use this control to adjust the gain of Virtual Bassist ROWDY before sending it into subsequent audio processors or effect devices.

Using MIDI Learn, you can assign any Virtual Bassist ROWDY control to hardware controls of MIDI keyboards or other controllers.

To assign a control, you usually right-click or ctrl-click a control in Virtual Bassist ROWDY to open the MIDI Learn context menu of your DAW.

All controls in Virtual Bassist ROWDY can be automated. In combination with the phrase select keys this is actually a very powerful way of creating more dynamic performances. For example, automate POSITION and DRIVE with faders to create dynamic transitions, or switch-automate AMP or Doubling to drastically change the sound between song parts.

So What Exactly Can I Do With “Virtual Bassist ROWDY”?

Virtual Bassist ROWDY is your loud-mouthed, high energy bassist that gives you all the tools you need to produce awesome bass lines quickly and easily.

Important Note: This plugin may not be compatible with macOS 11 (Big Sur) or macOS 12 (Monterey), please try the demo before buying.

70% off "Virtual Bassist ROWDY" by UJAM

What People Think About 70% off “Virtual Bassist ROWDY” by UJAM