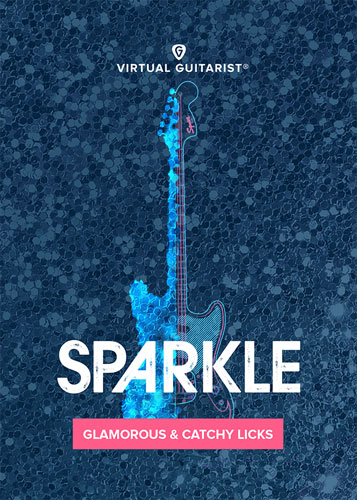 70% off “Virtual Guitarist SPARKLE” by Ujam

From funky clean pop to indie rock hits, ‘Sparkle’ is a true team player that doesn’t hog the limelight, supporting your songs with just the right amount of swagger and style!

9 reviews for 70% off “Virtual Guitarist SPARKLE” by Ujam

“Virtual Guitarist SPARKLE” is a unique virtual guitar instrument that is suitable for all levels of music production experience.

Seasoned musicians and composers will be impressed with Sparkle’s time-saving features and uncompromising sound quality whilst beginners will appreciate Silk’s frustration-free design, speeding up workflow and enhancing the creative process. 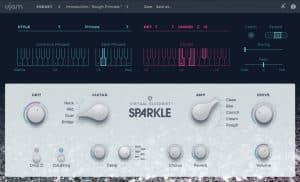 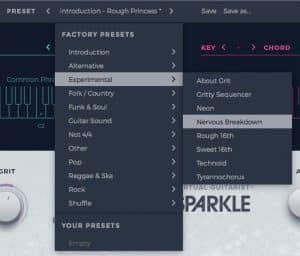 What Is Virtual Guitarist SPARKLE?

“Virtual Guitarist SPARKLE” is a software instrument doubling as a professional guitarist in a music studio, with you being in the producer’s chair.

In these and many other scenarios, “Virtual Guitarist SPARKLE” is a great alternative to the real thing.

What is “SPARKLE” about?

Ujam recorded Virtual Guitarist SPARKLE with a customized vintage guitar utilizing its single-coil pickups to get that legendary and timeless bell-like sound. Just like its celebrated physical counterparts, SPARKLE is a versatile instrument, with over 90 different styles containing 1000 individually recorded guitar licks and phrases for instant gratification when composing.

Ujam are all musicians and they know that the time for learning a user interface is better spent making music. Therefore, the user interface of Virtual Guitarist SPARKLE is designed for maximum ease of use and minimum distraction.

The top half of the Virtual Guitarist SPARKLE window is dedicated to the guitarist’s performance – in other words: How he plays. Here, you’ll find two musical core aspects you can control: Phrasing and Notes.

If you know these things and can switch presets, you know all you need to start producing with Virtual Guitarist SPARKLE.

Features at a Glance

Our emulations of hand-picked vintage amps and speaker cabinets ensure classy tone and vibrant character whilst the in-built effect and tonals control make it simple to dial in your perfect sound and craft your next hit!

Virtual Guitarist SPARKLE focuses on clean to crunchy electric guitar strumming (chord, octaves, single notes), a rhythmic staple in any kind of music spanning a range of over 50 years from the 60s to today.

It offers you a wide range of playing styles and sound characters from clean and funky to fat and crunchy. Ujam Instruments have created a virtual instrument even top composers and musicians will find hard to tell apart from the real thing.

Position – This control emulates moving the picking hand between bridge and neck that provides control over sound aspects that create a realistic feel such as play position and fret noises.

Doubling – Activating this button has the same effect as if two guitarists played your track at the same time, with minimal variations. Technically, Doubling adds a second guitarist with a separate amp setup and places both at the outer positions of the stereo spectrum.

Amp – This knob lets you select from five carefully selected and set up combinations of typical guitar amps and speakers, providing a large range of rhythm guitar sounds at the turn of a single control.

We strongly encourage you to use your go-to audio processing tools when perfecting your guitar tracks. However, in order to save you time and create a more interesting range of instantly accessible presets, we have included the three most important effects right on board: delay, chorus and reverb.

For more in-depth information on all of these, and other additional features read the User Manual HERE.

So What Exactly Can I Do With “Virtual Guitarist SPARKLE”?

“Virtual Guitarist SPARKLE” is a true team player that doesn’t hog the limelight, it is perfect for Rock, Pop, Funk, Indie and so much more– no guitar skills necessary! Standout features include:

70% off "Virtual Guitarist SPARKLE" by Ujam

What People Think About 70% off “Virtual Guitarist SPARKLE” by Ujam