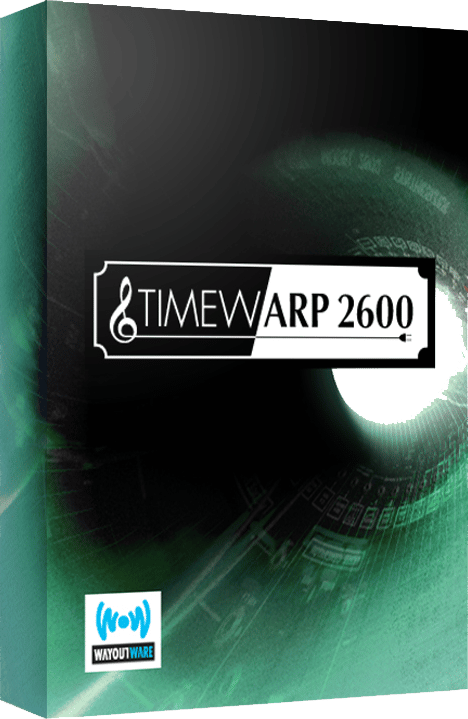 For nearly four decades, the ARP 2600 has helped to provide the backbone for electronic, urban, and popular music. Among the many legendary musicians that have used the ARP 2600 are, Stevie Wonder, Pete Townsend, Jean-Michel Jarre, Mike Oldfield, Herbie Hancock, and many, many others.

Today, musicians and producers aggressively pursue the limited number of remaining ARP 2600 synthesizers for their distinctive warmth and unmatched fidelity. The “TimewARP 2600” delivers the same fat sound with twice the flexibility; at a fraction of the price. This is one synth that you can’t afford to be without!

A Miracle of Science – It’s The Sound of the 70’s Reborn!

By developing their own proprietary and optimized virtual analog oscillators and filters, with “TimewARP 2600” Way Out Ware brings the most accurate digital reproduction of the 2600’s fat analog sound to your desktop.

All of the original control features from the ARP 2600 are there, and because you can now save your carefully programmed patches, the TimewARP 2600 is even better than the real thing!

The ARP 2600 synthesizer helped define the music of an era. Edgar Winter’s “Frankenstein,” The Who’s “Who Are You,” The Tubes, Jean Michel Jarre, Deep Purple, Stevie Wonder and on and on. 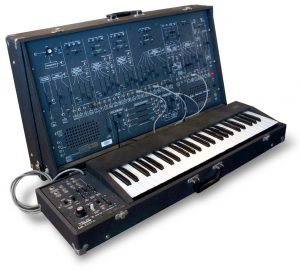 The ARP 2600 was the second product of ARP Instruments. It was released in 1970, and continued until the manufacturer ceased operations in 1981. Its design combined modularity (for studio flexibility, and for instructional use) and integration (for realtime performance).

The ARP 2600 earned an early reputation for stability, and for flexibility exceeding that of its competitor the Minimoog. Used 2600’s in good condition command premium prices on eBay today and businesses around the country can make a living reconditioning, rebuilding, and customizing 30-year-old units.

Its modular design, and the popularity of its Owner’s Manual, made the ARP 2600 a widely used teaching instrument in many schools and music conservatories around the country and internationally.

For more detailed information on the fascinating history of the original ARP 2600, check out this links page.

Reinventing a Classic Synth for the Modern Studio

Although creating the most authentic and faithful reproduction of the classic Arp 2600 sound ever heard was a major goal for developers Way Out Ware, this didn’t stop them adding several modern twists to the original design to bring it up to date for modern studio work. Here are some of the many outstanding features of “TimewARP 2600”:

The success of any great analog synthesizer emulation relies on accurately modelling the behaviour of the Voltage Controlled Filter module. Not a trivial task, WOW has created a new industry benchmark with its “TimewARP 2600” digital VCF. It must be heard to be believed!

There is no limit to the number of patches you can create and save with the “TimewARP 2600”. In addition to comprehensive import and export abilities, WOW also include a sophisticated Patch Manager for sorting your presets any way you want. The “TimewARP 2600” also responds to MIDI bank-select and patch-select commands for total control.

Use As Part Of An Effects Chain

Utilize the signal input/output function to use the “TimewARP 2600” like an elaborate signal effects processor.

Plug in a guitar, microphone or other sound source to provide an additional signal feed to be used in the TimewARP as an oscillator, LFO modulator, control voltage and more. Use the synthesizer as an effect to process the input. Create one-of-a-kind vocoder effects. For example, Pete Townsend used this ability to drive the guitar sound in The Who’s “Who Are You.” and Stevie Wonder used it to create some very interesting Vocal Effects!

Running as a track plug-in, the “TimewARP 2600” can also process pre-recorded MIDI tracks. Under MIDI control, the Internal Clock may be synchronized to an incoming MIDI Beat Clock.

The “TimewARP 2600” comes loaded with hundreds of great patches right out of the box, and due to the “TimewARP’s” unique sonic environment, you can create “evolving textural patches”.

The original ARP 2600 was a monophonic instrument. But those days are over. Sure you can play the “TimewARP 2600” in monophonic mode if you really want to, but you’ll have far more fun playing all of those classic patches with multiple voices for the first time! 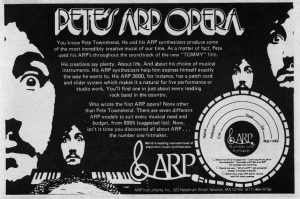 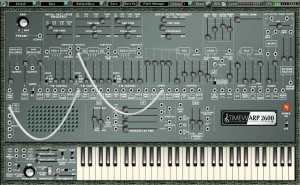 The “TimewARP 2600” is of course based on the now classic semi-modular synthesiser the ARP 2600 and can reproduce all those much loved 70’s sounds with ease, everything from Stevie Wonder to The Who, Jean-Michel Jarre to Herbie Hancock.

If you’re feeling a bit more adventurous however, it can do much more. Here are just some possible uses:

The possibilities are almost limitless!