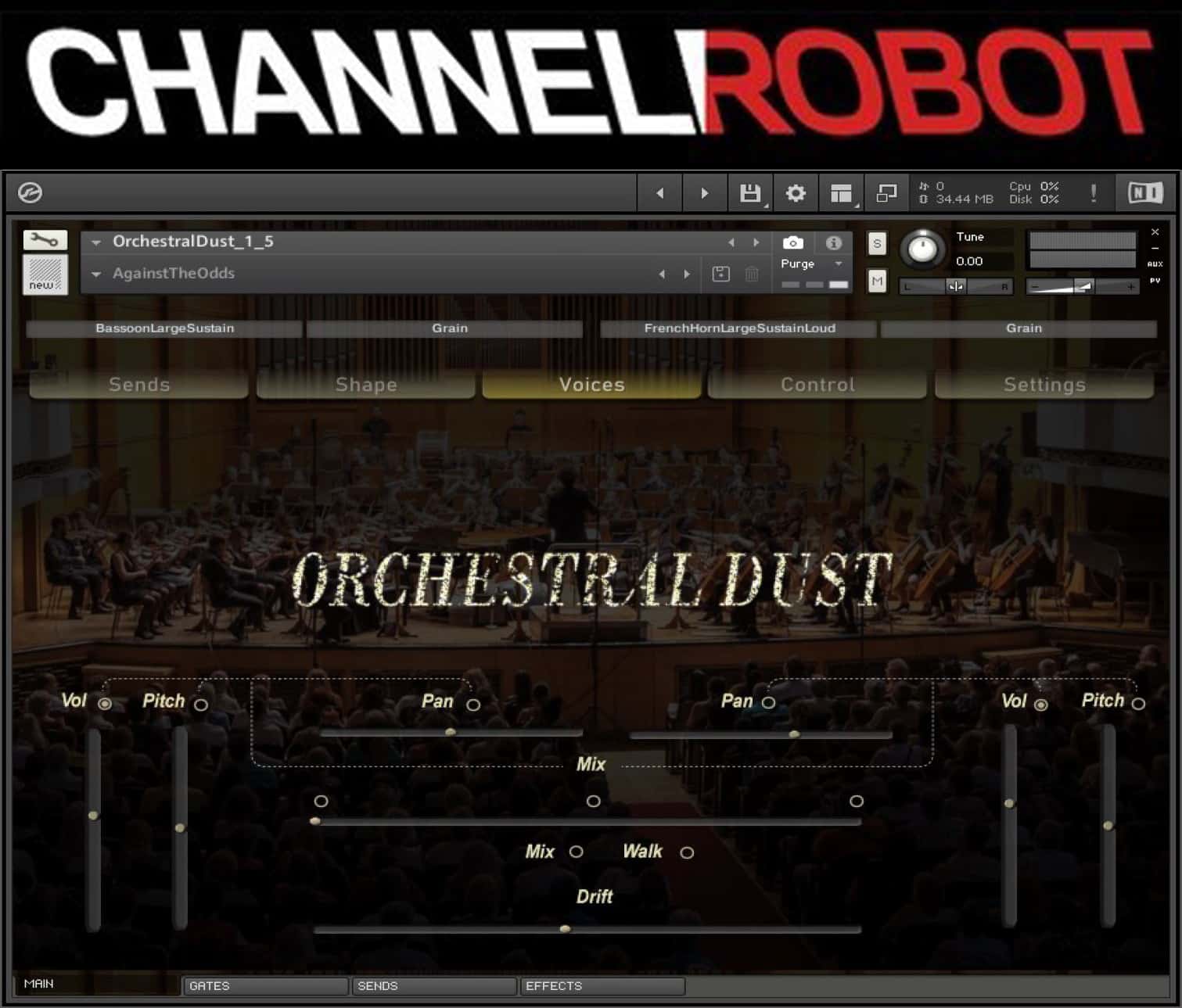 87% off “Orchestral Dust” by Channel Robot

“Orchestral Dust” is a dual voice ROMpler – aimed at Orchestral style pads and underscore. Orchestral Dust features 12 different multisampled orchestral instruments and each has a set of articulations and ensemble sizes.

As well as many “classic” synthesis controls, like Attack, Release and filters, “Orchestral Dust” also offers a new approach to generating sounds using granular synthesis to produce some truly different and unique sounds!

A Uniquely Creative Dual Voice ROMpler With A Granular Twist! 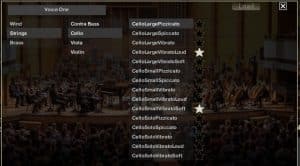 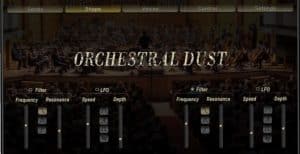 Unlock The Power Of “Orchestral Dust” With The Simple To Use Interface!

Select a category, sub-category and sound, then press LOAD (top right) and Orchestral Dust(V1.5) will load the sound into its granular engine.

Next to the Sound Selectors are the Play Back Menus. Here you can tell Orchestral Dust(V1.5) how you want the sounds to be played:

The shape tab allows you to set up the dedicated filter for each voice, you can select lo-pass, band-pass or hi-pass filter.

You can also set up the LFO used for filter frequency. You can select Sine, Saw, Square or random LFO shapes.

Below the Sound Selection and play back buttons are the sound shaping buttons. Selecting each of these will show you a dedicated set of sound-shaping controls.

Voices controls overall Volume, Pan and Pitch of each voice, and includes the innovative Scene Management tool and the overall Sound Drift control.

The Settings tab allows you to define the Change Controllers you wish to use with Orchestral Dust(V1.5).

The Voice CC assignments will modulate each voices Gain and Position table. So you could use this to apply CC-based crescendos, or change the position of the play-head to get cc-based changes in timbre.

Learn more in-depth details about all these features in the Manual HERE.

Setting up a Scene

The Control tab looks the most complex, but its pretty easy to work with. This interface is set up to manage the granular engine. First for each voice are a set of horizontal sliders:

Beneath these sliders is the horizontal model slider – with 8 settings. This sets the octave playback model used.

Set to 1 Orchestral Dust(V1.5) will play each grain at its default pitch, settings further up randomly sets the grain pitch up 1 or 2 octaves, or down 1 or 2 octaves.

In the centre is the Jitter slider which applies to both voices – this adds a time between each grain playback so you can get jittering sounds.

Below these sliders are the tables dedicated to Gain, Position and Pitch. Each of these is “read” by Orchestral Dust and dictates the volume, position in the audio file and the pitch change amount applied to each individual grain. Below the tables are:

The Sends tab allows you to set up how much of each voice is sent to each of the 4 Orchestral Dust(V1.5) dedicated Send effect slots, which are discussed in the next section. 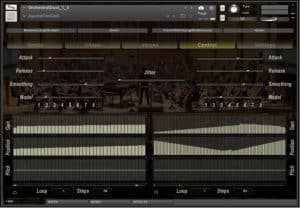 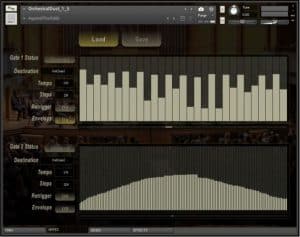 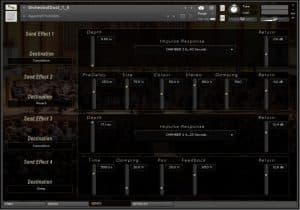 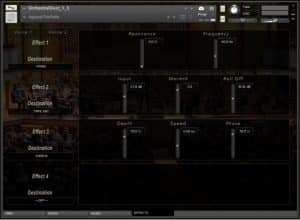 Orchestral Dust(V1.5) has 2 independent rhythmic gates, one per voice.

Each Gate has the same control set. At the top of each gate you can turn each gate on or off, and set its destination. There are 9 different destinations for each gate:

Under these controls are control for the following:

To the right of these controls are the Gate tables themselves where you can set individual values. Finally at the top are the load/save buttons to load and save Gate presets.

Click on an effect name to load that effect into its slot or to turn off effects in that slot. Once an effect is loaded you can set the parameters for that effect in its panel.

The amount of audio sent to each effect in each slot is set using the Send controls on the MAIN page.

Orchestral Dust(V1.5) has four independent effect slots for each voice.

In the effects tab you will see you can select each voice and then in each slot you can select one of 20 different effects. Selected and loaded effects will only be applied to the selected Voice.

When you have selected an effect it will be loaded into the slot and its parameters will be displayed, and you can make changes as you wish to these.

So What Exactly Can I Do With “Orchestral Dust”?

Aimed at Orchestral style pads and underscore, “Orchestral Dust” offers a new approach to generating sounds that makes it suitable for use in all sorts of modern music scoring, including:

With its powerful granular and classic synthesis engines plus send effects and tempo-based gating system, this is a library that is capable of producing some truly different and unique sounds!

Note: Requires the Full Retail version of Kontakt 5.8.1 or above (NOT compatible with the free Kontakt Player).

87% off "Orchestral Dust" by Channel Robot

What People Think About 87% off “Orchestral Dust” by Channel Robot