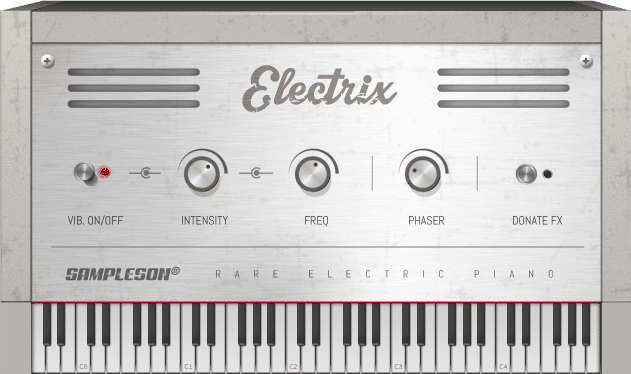 94% off “Electrix Piano” by Sampleson

“Electrix Piano” is a recreation of the rare and famous Hohner Eletra Piano T as used by Led Zeppelin in “Stairway to Heaven”, “Misty Mountain Hop”, “No Quarter” and “Down by the Seaside”.

Featuring a timeless classic 70’s sound, this library is perfect for jazz, funk, rock music and much more!

Between A Rhodes & Wurlitzer – A Classic 70’s Sound!

Hohner created The Electra Piano T in the early 70’s and was followed by other electric piano manufacturers. It uses forks strucked by hammers and electronically converts vibrations transmitted to a transistorised amplifier. The sound can be described as a half-way between Rhodes and Wurlitzer, but with a vintage dirty touch.

“Electrix Piano” is the result of more than 1200 hours of developing and testing and is perfectly balanced to fit into any professional mix. It is available for Mac and PC in VSTi, AU and Standalone versions.

The 70’s At Your Fingertips!

Electrix Piano is a sound modeled instrument and recreates every single detail from the original Hohner Electra Piano T including: Main sound, Noises, Releases, Tines, Resonance and Effects and has been carefully integrated into a serious dynamic range instrument. 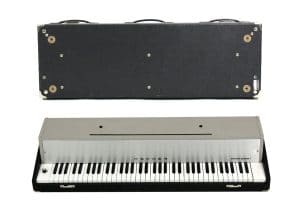 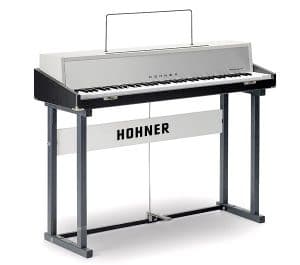 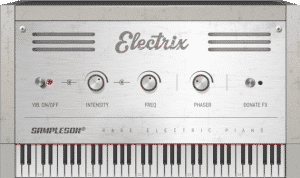 Initially, this was designed as a home piano. It featured a 72 note keyboard housed in a wooden upright styled case. This incorporated 4 speakers and sustain (damper lifting) and soft (a graded volume control) pedals.

The Electra Piano has a simple piano action, for which Hohner inventor Ernst Zacharias, received a patent in 1969. An asymmetric tuning-fork, with a reed rather than a tine, is the vibrating medium. This is struck by the action’s hammer and a series of pickups feed the induced electrical current to the instrument’s amplifier. It is the tuning-fork / pickup combination that gives the Electra Piano its unique “dirty-harp” like sound quality.

The most famous recording to feature the Hohner Electra Piano is Led Zeppelin’s “Stairway to Heaven” (1971). It was regularly used by their keyboard player John Paul Jones on most of their studio albums. The band didn’t, however, use the instrument live as they found it’s timbral subtleties got lost on stage. It also appeared very briefly on the Beatles track “Come Together“.

But probably the recording that best demonstrates the timbral quality of the Electra Piano can be heard on the 1973 Nucleus album “Labyrinth“. Here jazz pianist Gordon Beck plays an extended solo on the track “Ariadne“. Well worth a listen!

However, a few years later, Hohner did develop a stage version of the instrument – The Electra Piano Model T.

The aforementioned jazz pianist Gordon Beck was actually a Hohner endorsee. And to make his Electra Piano more portable he had stripped out the amplification and re-housed the instrument in a smaller, more manageable casing. He showed his efforts to Hohner and they picked up on the idea.

In 1974 they released the Electra Piano Model T, which came built into its own road case. Although highly praised, only a few were ever made, and consequently today they are extremely rare.

So What Exactly Can I Do With “Electrix Piano”?

“Electrix Piano” is a recreation of a rare vintage 70’s instrument that became known for it’s unique sound as used on tracks by Led Zeppelin, The Beatles, Chick Corea and Gordon Beck.

This is a sound modeled instrument that faithfully reproduces the vintage dirty feel of the original and is perfect all types of music including but not limited to:

94% off "Electrix Piano" by Sampleson

What People Think About 94% off “Electrix Piano” by Sampleson