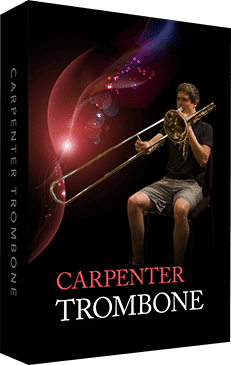 Carpenter Trombone is an extremely detailed library of a tenor trombone, performed in a professional studio and captured using state of the art equipment.

At 2GB, its an incredible sample library for anyone needing beautiful legato trombone in their tracks.

Carpenter Trombone is an extremely detailed library of a tenor trombone, performed in a professional studio and captured using state of the art equipment.

The library was recorded in a world class studio using handmade Cloud JRS-34 ribbon mics, running through a top of the line Millenia preamp and Aurora AD converter.

Carpenter Trombone can be used in personal and / or commercial projects.

Sustain, legato, and multiple staccato articulations have all been included.

Every single legato transition was recorded leading into a full length sustain. This legato method is time-consuming to record and is rarely implemented in commercial libraries, but results in a beautiful, natural performance that simply can’t be obtained through any other method.

This is one of the largest and most impressive free solo trombone libraries available on the market and can be used for personal and commercial purposes.

Dylan Carpenter is a graduate of the University of Arizona Fred Fox School of Music. He currently lives and works in Phoenix as a recording engineer and freelance trombonist. Dylan has played internationally in China, Mexico, and India, and has taught at camps and schools in Arizona and California. During his free time, Dylan enjoys playing racquetball with his wife Meredith.

NB. Full version of Kontakt 5.4.2 or higher required. NOT compatible with the free Kontakt Player. 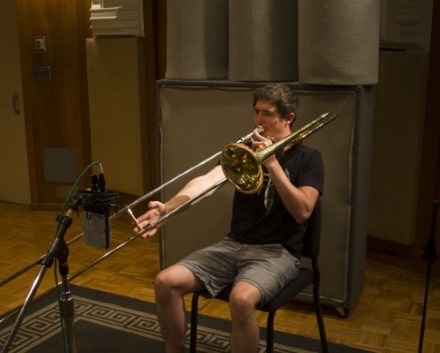 Enter your email to get notified when the next deal drops.
adroll_adv_id = "SA6YI6QPJFFVHMLXKKOGPG"; adroll_pix_id = "6DHFHOVRYFFADOKESKHU4J"; adroll_version = "2.0"; adroll_current_page = "other"; adroll_currency = "EUR"; adroll_language = "en_US";