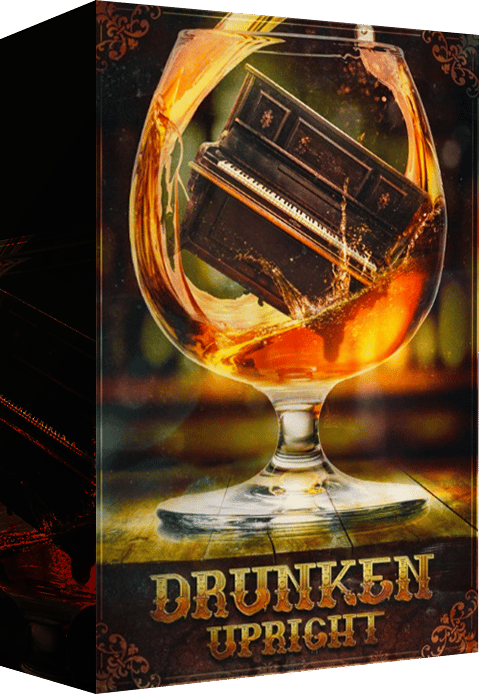 The “Drunken Upright” is a broken and battered upright piano that’s been used live and in the studio for years on end.

This piano was recorded with a vintage mic and tube console to tape and has bucket loads of character, making it perfect for drinking songs and anything that needs some vintage, almost honky tonk piano!

7 reviews for The Drunken Upright

The Drunken Upright for is an almost a honky-tonk piano. The selected upright piano for this Kontakt library survived many decades of live and studio use and abuse.

It’s not even close to perfectly tuned but it doesn’t have that characteristic attack you’d expect from a honky-tonk.

The demos were made using the Drunken Upright Piano and no further processing was applied to it other than transparent limiter on the master buss. 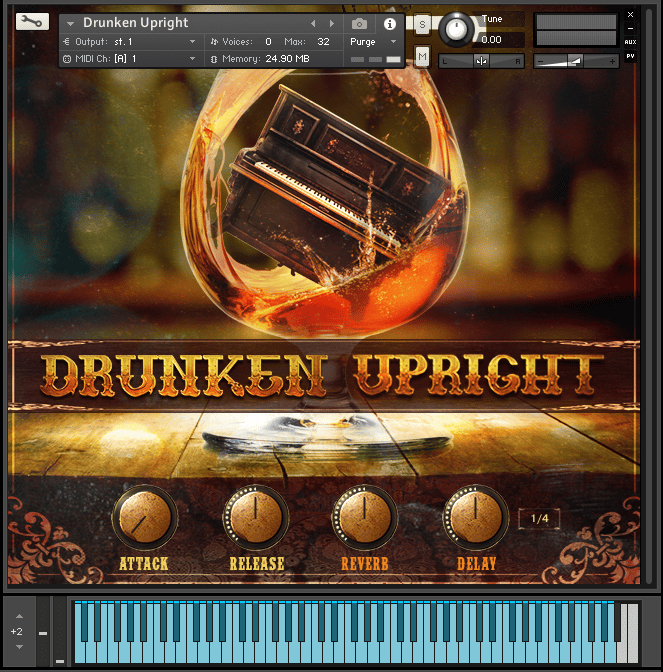 Recorded with Vintage Equipment for a Raw Sound

Even though there are only five sampled velocity layers, this is a very dynamic instrument its been mapped so the transitions are smooth and give it the feel of a real piano. It is very light on CPU and RAM.

To give it character, the piano was recorded with a vintage ribbon mic through a broadcast tube console made in the fifties to tape. What came out is a nice and unique instrument that still can find it’s place in a modern production if you want to create contrast.

Add a raw, broken piano to add to your toolkit!