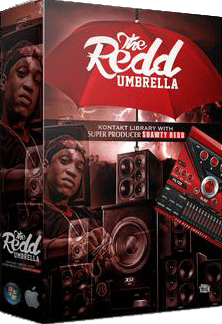 “The Redd Umbrella” is a Kontakt library designed by BigWerks in collaboration with Grammy nominated, multi-platinum producer Shawty Redd.

Bringing you all new sounds from big brass, sharp strings, dope melody arps, ground shaking 808s and much more, this library is guaranteed to take your productions to the next level!

4 reviews for “The Redd Umbrella”

When Bigwerks conceived “The Redd Umbrella”, they envisioned much more than just a kick-ass collection of sounds. They wanted you, the end user, to have ultimate control over those sounds and to shape them in any way you desire.

Teaming up with Grammy nominated producer Shawty Redd, who has produced for artists such as Snoop Dogg, Young Jeezy, Gucci Mane, Rick Ross and Yo Gotti ensured that the sounds provided would be absolutely top notch.

Add in an exceptional FX section that allows you to mangle and shape any sound to your hearts content and you have a library that ensures that your sound is uniquely yours!

If you want to produce any style of music that requires fresh, slick modern beats (including RnB, Trap, House, Urban & Hip Hop) then this library is for you. 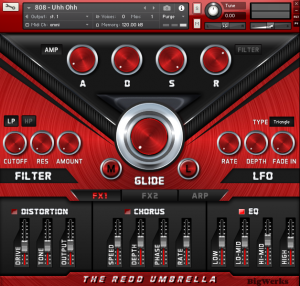 With 150 exclusive playable multi sample instruments in 4GB of content you’ll never run out of inspiration for your next composition/production. The sheer variety of raw sounds provided is enormous and includes the following:

If that isn’t enough for you, BigWerks have also thrown in 5 extra sound kits:

As you can see, this package provides you with a wealth of incredibly rich and varied sounds to craft your next hit from, but this is only the beginning of the fun… and the creative possibilities.

Requires the FULL RETAIL version of Kontakt 5.5.1 or greater. Not compatible with the free Kontakt Player.

A Custom Built User Interface That Puts You In Control!

“The Redd Umbrella” comes with a unique custom built user interface that runs inside of Kontakt and is designed to be easy to use with no confusing menu diving, all of the controls you need are right in front of you!

The interface itself is split into three pages; two FX Pages and an Arpeggiator Sequencer that you can easily switch between at any time with the three buttons that are found at the bottom of the interface. This simple workflow allows you to get on with the real business… making really great music!

Additionally you also get these controls: 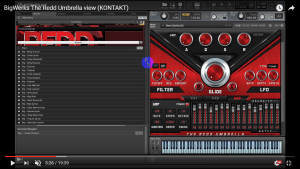 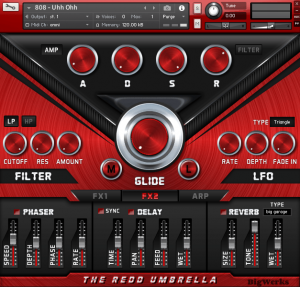 So What Exactly Can I Use “The Redd Umbrella” For?

“The Redd Umbrella” is an extremely versatile library for modern beat production with almost unlimited potential.

With it’s massive 4GB of exclusive sounds developed in cooperation with Grammy nominated, multi-platinum producer Shawty Redd, 16 step arpeggiator and highly flexible FX section, you could spend literally hours getting lost in the possibilities it provides.

In particular, it is great for:

Still not convinced, try out the limited DEMO with a small portion of sounds (18 of 150+ sounds) CLICK HERE TO DOWNLOAD THE DEMO!

"The Redd Umbrella" by BigWerks

85% off "The Redd Umbrella" by BigWerks