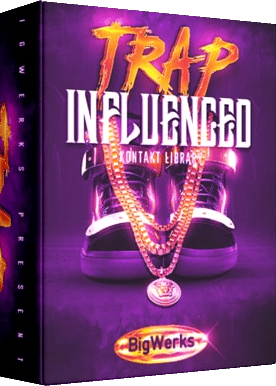 “Trap Influenced” is the ultimate collection of 170+ dope instruments created by the legendary Bigwerks, for producing every style of Trap, from laid back to uptempo.

With a massive collection of sounds including swaggering basses, crystal arps, screaming leads and booming 808s, this pack will set your tracks on fire and is perfect for not just Trap, but also Hip Hop and other styles of Urban music!

“Trap Influenced” sample library was developed by the legendary Bigwerks and desiqned to fit the many different styles of trap music from uptempo trap to the more laid back style of trap production.

The library was developed with just the riqht amount of aggressive and laid back (soul trap) type sounds to fulfill the wide variety of trap music!

It also has a easy to use & intuitive interface which makes tweakinq sounds and addinq fx simple to do.

This is the ultimate collection of sounds to light your Trap music on fire and its also perfect for other styles too including R&B and Urban.

Trap Influenced comes with 179 instruments sorted into 14 individual categories to easily find the sound you’re after (plus .WAV samples included too). The sheer variety of raw sounds provided is enormous and includes the following:

This package provides you with a wealth of incredibly rich and varied sounds to craft your next production from, but this is only the beginning of the fun… and the creative possibilities.

Take A Sound & Make It Your Own

The 179 sounds in “Trap Influenced” are only the starting point. Easily take any sound and transform it to make it your own.

The library comes with an extensive FX section that provides you with the tools to completely change a sound including Filter, ADSR, Glide Control, LFO, Distortion, Chorus, EQ, Phaser, Delay, Reverb and Arpeggiator

The Arpeggiator provides controls for the following:

With this simple workflow, yet highly customizable approach, you can get on with the real business… creating uniquely personal sounds and making really great music! 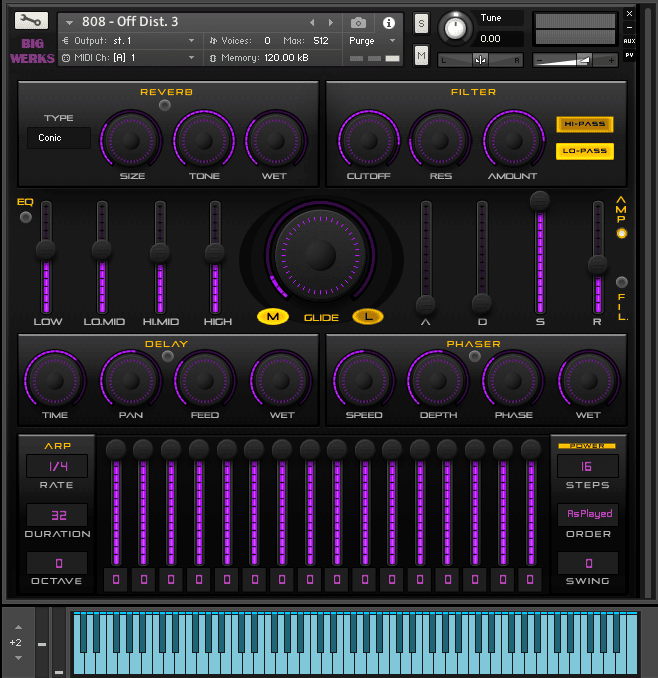 Why it is awesome: