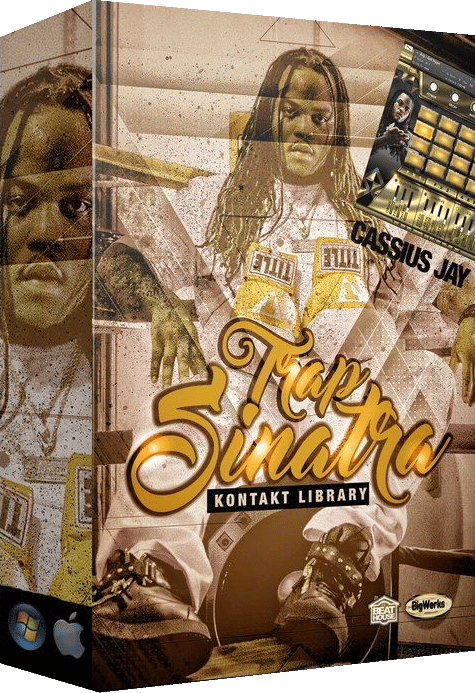 “Trap Sinatra” is the ultimate collection of 170+ stunning instruments created from the sounds of TWO grammy award winning producers, organised in a range of categories including arps, 808s, bass, bells, hits, orchestra, pads, keys and more.

This product will give you the sounds of these producers and lets you make them your own, making it perfect for Hip Hop, Trap, R&B, and many other genres!

The Sounds of Two Grammy Award Winning Producers in One Incredible Package (at 90% off!)

The sounds of Zaytoven and Cassius Jay and so much more were captured for this project, providing you with a library of sounds from 2 of the world’s major producers in one ultimate package.

There are over 171  presets to choose in total from with a huge 3.3GB of content in 10 different categories.

This is the ultimate collection of sounds for writing fresh Trap, Hip Hop, R&B and Rap tracks!

Perfect for trap, hip/hop and rap

Trap Sinatra comes with 171 instruments sorted into 10 individual categories to easily find the sound you’re after (plus .WAV samples included too). The sheer variety of raw sounds provided is enormous and includes the following:

This package provides you with a wealth of incredibly rich and varied sounds to craft your next production from, but this is only the beginning of the fun… and the creative possibilities.

Take A Sound & Make It Your Own

The 171 sounds in “Trap Sinatra” are only the starting point. Easily take any sound and transform it to make it your own.

The library comes with an extensive FX section that provides you with the tools to completely change a sound including:

The Arpeggiator provides controls for the following:

With this simple workflow, yet highly customizable approach, you can get on with the real business… creating uniquely personal sounds and making really great music! 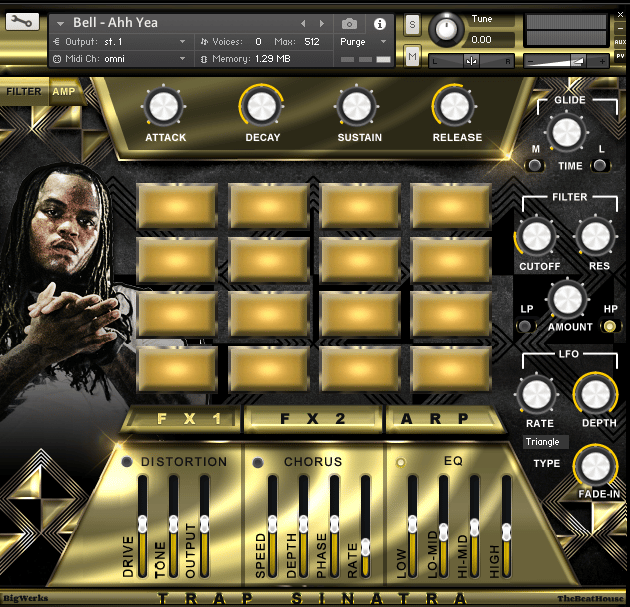 171 presets from Grammy Award winners in one collection!

So What Exactly Can I Do With “Trap Sinatra”?

“Trap Sinatra” is the ultimate collection of Grammy Award Winning sounnds from two legendary producers. With a massive 170+ professionally designed sounds in 10 categories, an arpeggiator and highly flexible FX sections, you could spend literally hours getting lost in the possibilities it provides.

This library is perfect for writing music in the following genres:

90% off "Trap Sinatra" by BigWerks

Why it is awesome: