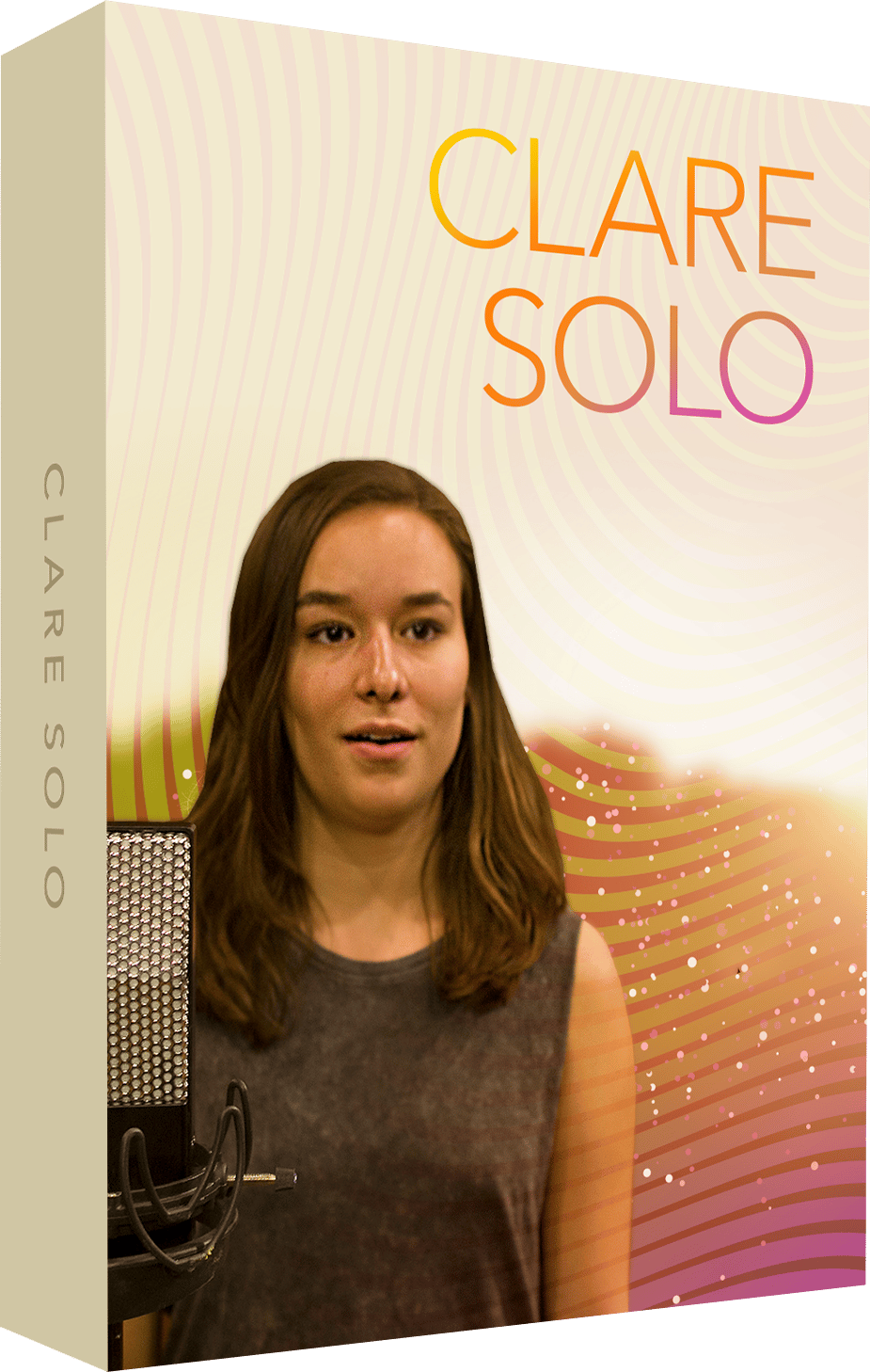 Clare Solo is a highly advanced solo vocal library that rivals commercial libraries in terms of recording quality, scripting, and (of course) price!

The library features “comprehensive legato”, meaning that every legato transition was recorded leading into a full sustain. The end result is a natural sounding, responsive legato that is a joy to play. Clare Solo is works equally well in simple, haunting melodies, or layered to create a small ensemble.

Advanced scripting allows for control of dynamics, legato switching, and the built in convolution reverb, and includes advanced options for tweaking legato and release sample parameters.

Most libraries with legato sampling use short, separately recorded transition samples. All legato samples in Clare Solo lead into a full length sustain, resulting in a beautiful, natural performance that is unmatched by most commercial libraries.

Clare Demer is an undergraduate vocal performance major at The University of Arizona, where she performed the role of Monica in Menotti’s The Medium in Spring of 2014. In the summer of 2015, Clare was a fellow at the Toronto Summer Music Festival and a participant in the International Vocal Arts Institute in Montreal. Other training includes the Aspen Music Festival, SongFest at Colburn and Saarburg Chamber Music Festival.

Among her many awards are Encouragement Award in the Metropolitan Opera National Council Auditions – Arizona (2014), winner of both the undergraduate and graduate divisions of the Amelia Rieman Opera Competition (2012, 2014), and second place in the American Prize in Art Song (2013).