For the fans of rock and metal genres, distortion is a must-have thing especially on guitars. In order to get a thicker, more sustained sound with a lot of edge, guitarists in the older days have used stacks of tube amplifiers in order to achieve the highest of gains.

Nowadays, when effect pedals are so affordable and in abundance, most guitarists and bass players alike tend to stack various gain pedals in order to get a desired distortion sound. Composers and sound designers are also doing it, whether it is with analogue gear or software plugins, just look at what Trent Reznor is doing for his scores, or take a listen to Mick Gordon’s soundtrack for the DOOM video game. Distortion is becoming a mainstream thing.

So where do we apply distortion, i.e. on what types of signals? Guitars and basses are the most common things here but synths and some electric stringed instruments and keyboards also get their fair share of benefit from distortion as well.

There are a lot of types of distortion effects out there, but we are talking about the most common ones here such as tube distortion, overdrive, fuzz, tape distortion and classic distortion (the ones you get from a pedal like a BOSS DS-1).

All of these work great on every audio signal out there and the things you can get from using any of these are really great.

As I previously mentioned, guitar players are the most common users of stacked distortion pedals or dirt boxes as some may call them.

There are many opinions about how to stack multiple gain pedals together. How many gain stages do you need? In what order do you put them? When is the right time to stack them together? While your mileage may vary, and here are some tips that might help you along your way. There is no right or wrong way of using any of these, nor even chaining them together in particular order, your creative idea is what’s most important here.

THE LAST IS YOUR FIRST:

What you should know is that the last pedal in the gain stack is the one that will have the most impact on your EQ and overall volume. That can be both good or bad, depending on what your goal is. For example, a pedal that has a mid-scooped sound (most of the Fuzz or modern metal pedals) can give you great gritty tone that cuts through, but when you need to beef them up, you may want to put an overdrive pedal after it that has more mids. Something like a Tubescreamer usually does the trick. This trick works great on both guitars and synths. From a personal experience, I can say that a combination of Big Muff Fuzz with a Tubescreamer does magic on synth basses, especially analogue ones.

Electro Harmonix Big Muff Pi is a very well-known fuzz pedal, and if you are a fan of Pink Floyd, then I highly recommend it. They’re mostly affordable nowadays because there are many iterations of the model. Ibanez Tubescreamer is a classic when it comes to overdrives, but it doesn’t come cheap, they’re usually around 120$-200$, depending on the version. But there are so many clones out there that you can get for peanuts. Harley-Benton Vintage Overdrive is 30$ for example, and many people (myself included) say that it is pretty close to an original Tubescreamer.

THE RIGHT DIRT FOR THE RIGHT GAIN:

Fans of gain stacking will usually take two lower gain pedals to create a mid-crunch or a higher gain tone. That’s actually quite easily done if you like to experiment and create some interesting tones if you don’t own some boutique pricy effect pedal that does that. It’s very important to have the right type of pedal for the job, and then enhance it with something a little extra. 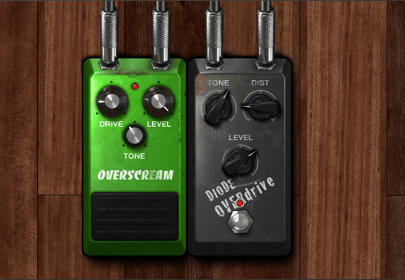 My recommendation is to have two variations of every common distortion effect, I.E. 2 overdrives, 2 distortions and 2 fuzzes. There are so many choices from companies like Boss, Digitech, DOD, Electro Harmonix, TC Electronic, and I have seen many musicians and composers out there using them on a daily basis to create something that’s more out of the box. And these are all very much affordable. If you have a deeper pocket, you might want to check out Friedman, Strymon, Wampler, Walrus Audio, Earthquaker Devices and JHS.

Whereas most of us are associating drive pedals with distortion effect, other pedals can give you similar results in a more interesting way. I suppose that most of you are aware of tape-echo delay and the fabulous Echoplex tape delay unit. And a lot of you are well aware of the bucket-brigade delay pedal called Memory Man by Electro Harmonix. Well, these two can also give you a massive amount of gain without using their delay circuits. 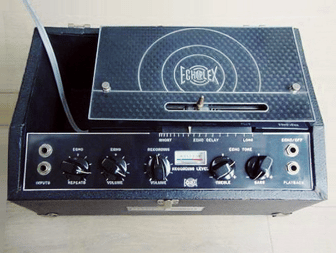 Eddie Van Halen is very known for using his Echoplex as a clean gain boost pedal while doing those tapping sounds on his guitar. Echoplex is rather expensive as it is a vintage unit, but guys from MXR have made a boost pedal out of the circuit from Echoplex, so give it a go.

EHX Memory Man is also useful, so feel free to experiment with other effect pedals which have a separate gain section and bypass their effect circuit. You will get some interesting distortion or a smooth saturation on your signals.

VARIETIES OF APPLICATION IN DIGITAL DOMAIN:

Everything we covered previously can be applied to any type of music work you’re into. Musicians, composers and sound designers can be inspired and find benefits in this. But the question that comes up is what if you don’t own guitar pedals?

The analogy is the same for working inside your DAW with plugins. There are a lot of great distortion plugins and guitar amp simulations out there. iZotope Trash 2, Soundtoys Decapitator and Radiator, Positive Grid BIAS, Waves, Universal Audio, the possibilities are limitless! 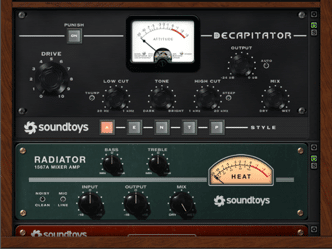 There is a great plugin by Positive Grid called BIAS Pedal, which actually simulates a distortion guitar pedal and you can create countless dirt boxes of your own and then stack them as plugins in your signal chain to process your soft synths or other types of signals.

Combining tape saturation plugins also can create some interesting results. Don’t be afraid to go out there and experiment. Some of the best sounds were created by accidental experimentations. For example, you want to make your brass be more aggressive, you add some overdrive and saturation to them. You want your horn section to be an organic synth lead sound? Add some distortion and overdrive, EQ it a bit, and you have something original. Spiccato low strings can sound amazing in a sound-designed trailer track when treated with some tube amp distortion or fuzz.

Just be careful not to overdo the distortion as it can create massive amounts of noise which will destroy your tone. Use with caution! 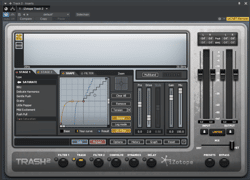