Every composer needs a few percussion libraries in their arsenal to create cinematic thumping, heart-pumping action scenes. But which one to choose? Should you stick with only one or use a combination of a few good ones? In this post we’re going to take you on a search for the top 10 best and most useful cinematic percussion libraries for 2019, in no particular order of course. This one has been out there for quite some time and it’s a favorite among many A-list composers in Hollywood, including names such as James Newton Howard and Tom Holkenborg A.K.A. Junkie XL. The guys from Heavyocity have come up with some of the most popular sample libraries out there and Damage is one such library.

It’s a classic really and whenever I think about writing action cues my choice usually goes straight to Damage. It gives you 30GBs (16 GB compressed) of dramatic pounding drums, fusing industrial sounds and orchestral drums into a devastating artillery of percussion with well over 200 sound sources and 500 single-shot elements with up to seven velocity layers and up to nine round-robins per drum.

Damage features traditional percussion, snares and toms, various assortments of metal and wooden objects with a rather unique and obscure collection of sounds like exploding cars, cranes, junkyard objects, dumpsters and large objects dropped from great heights. It is the first instrument in Heavyocity’s offer that features the notorious Punish knob for compressing and saturating your sound, giving you that extra bite and grit. 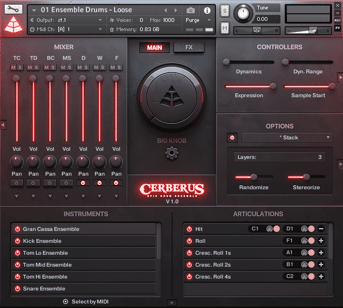 This is Audio Imperia’s second entry into the domain of percussion libraries and it’s a rather great entry. It sounds a bit dry compared to others out there but that is because it is designed to be used for trailers and fast paced action cues. It comes with 13GBs of samples and many a round robin per drum and also features a stacking engine to beef up your drum sounds.

If you own Audio Imperia’s Jaeger orchestral library, this is a great add-on because it was recorded on the same stage as Jaeger. 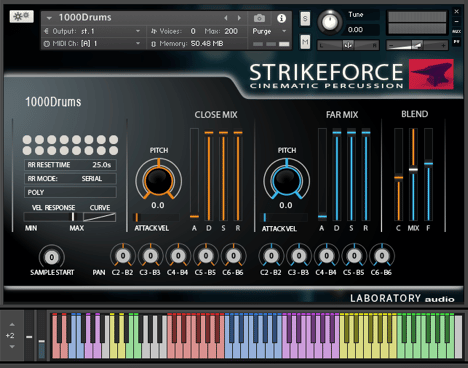 Laboratory Audio are fairly new on the market and StrikeForce is their first and only sample library. And boy oh boy, it’s a good one. It features 72 big drum ensembles, 11 big solo instruments, 12 small drum ensembles, 13 big snare ensembles, 7 solo snare instruments, 27 types of anvils, big anvil ensembles 14 sub booms, 21 clock tickers, 4 impact menus and all of that ranging at roughly 6 velocity layers with 16 round robins per sample. The size of it reaches 43GBs on your hard drive.

It has already been endorsed by composers such as Junkie XL, Ramin Djawadi, Rupert Gregson-Williams, and others. The user interface is very sleek and you can easily find your way around it. If you’re looking for some heavy-hitting cinematic percussion, look no further. 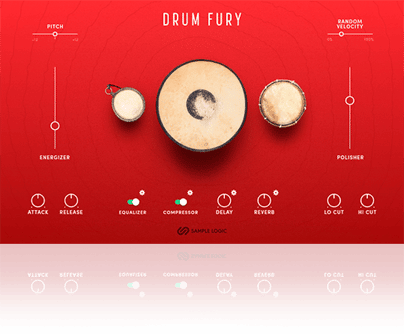 Sample Logic is a veteran at cinematic sample libraries with many popular products like Cinematic Guitars, and the best-selling Morphestra that has been featured on countless film and game scores. Drum Fury is their latest cinematic percussion library with a very sleek and streamlined GUI and the library itself features 113 instruments with almost 11GB of samples. The drums sound really punchy and very tight. There are Taikos, Toms, Gran Casas, gongs, ethnic percussion and many others and they all sound amazing straight out of the box.

The energizer and polisher sliders serve the purpose of, well… energizing the sound by compressing it and adding some nice transient expansion to the initial hit. I hope to see more of this in the future by Sample Logic, it’s a real treat! 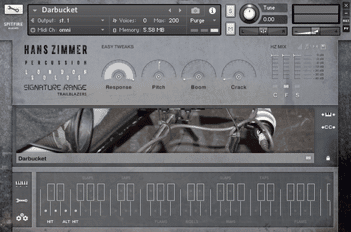 You can’t have a top 10 list of sample libraries without Spitfire Audio and these guys really deserve all of the accolades they get.

Hans Zimmer Percussion library is developed in collaboration with the man himself and it comes with a whopping 48.5 GB of sample content with instruments ranging from Taikos, Boobams, Bombos, Djuns, big low booms, rather interesting snare drums and all of that (except Los Angeles version) recorded and mixed at the famous AIR Studios in London.

It comes in three versions; London, Los Angeles and London Solos with a really nice selection of mic positions with mix presets by Hans Zimmer, Junkie XL and Alan Meyerson, so rest assured you’re getting some awesomely tuned percussion. Based on many reviews it’s not as versatile and affordable as many other percussion libraries out there but for that big pounding percussion work it does the job exceptionally.

6. Auddict – Drums Of The Deep 2 Unleashed This library comes at a size of 27GB of samples with 5 mix positions capturing up to 8 drummer ensembles for that huge pounding sound. It has 20.000 samples included with instruments such as field drums, frame drums, gran casas, toms, surdos, taikos, timpani and rope tension drums. The developers say that all of these samples are recorded with actual instruments used on Lord Of The Rings, Star Wars and Harry Potter. The samples themselves sound really great for the price although they are not so tight compared to Cerberus by Audio Imperia or Drum Fury by Sample Logic, but they do have a very natural organic sound which you can tweak to your own liking.

This one got my attention based on the GUI itself because it’s really cool and ancient looking, featuring a Greek Warrior. Kudos to Red Room Audio for that. But we are not here to judge the visuals of the library but the actual sound, and the sound is really awesome.

If you are composing music for a historic action drama, this is the library for you and it delivers that nice punchy in your face smack. Great for trailers too. It features orchestral and world drum ensembles, cymbals & gongs, solo drums, anvils and other metals, field recordings of battle gear, tools, machinery, doors, tanks, silos, and all of that is sampled with up to seven dynamic layers and 10 round robins per sample with 4GB of sample content. 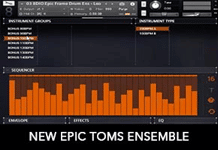 These are individual collections of different instruments divided into Taiko, Dhol, Framedrum and Tom ensembles and are based on the highly popular 8dio’s legacy epic ensemble libraries, but fully enhanced now to provide a more modern sound. The GUI is redesigned and offers a lot of new options and each one of these libraries comes with 10 velocity layers and 10 round robins at a rather small footprint of 2.5GBs per library. Each one is under $100 so give it a go because you can never go wrong with 8Dio. 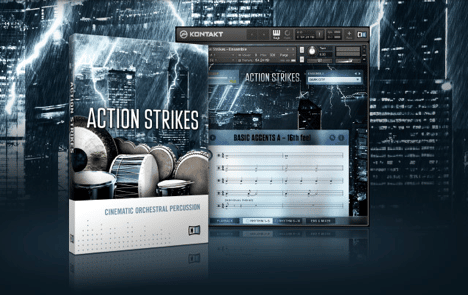 Action Strikes was developed by Sonuscore for Native Instruments and it is featured by default in Native Instruments Komplete bundle. The library itself is based on the engine featured on the controversial library Action Strings, due to the loop creator that you can customize to your needs. Some may disagree, but I found the library to be very useful when you’re on a crunch to meet the deadline and you actually do have total control of the performance loops. If you are not a fan of triggering loops, there are individual one-shot samples for all of the instruments offered in this library that comes with 12 ensembles at a size of 3.2GBs. 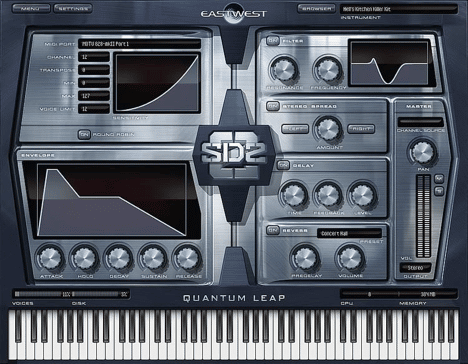 An oldie but goldie as they say, this one is not sampled for Kontakt but for EastWest’s PLAY engine. Love it or hate it, you can’t deny the sound quality that comes from their instruments and StormDrum is one such instrument on their product list. I can still hear a lot of samples from it in many trailers and scores even today, and that says something about a library still being used even after 10 years.

Created by Nick Phoenix and Thomas Bergersen (Two Steps From Hell) in collaboration with Doug Rogers at EastWest Studios, this is one of the pioneers of cinematic percussion libraries and it still packs a punch. You have loads of ensembles and sounds available, ranging from small metallic percussion to big pounding taikos and gran casas. Don’t give up on it yet because this old boy still has a lot of strength to it.

All of the libraries we covered here will surely give you years of fun and creativity in your production workflow, so get out there and start shaking the very foundations of the Earth!