Each family as well as each group of friends has that one weird guy doing some rather ubiquitous things which are straight up weird and that’s the case with plugin developers. We all have that one plugin that we load up when we’re in need of something extraordinary or simply crazy. What does it take to be on our list of weird plugins? We either judge the straight-up weirdness of the GUI or the sound shaping capabilities. Let’s just simply jump into the craziness, here is our top 10 list of weird VST plugins in no particular order.

This is technically a step sequencer but what’s unique about it is the fact that it doesn’t trigger sampled sounds. Instead it triggers FX. This is a Swiss army knife for slicing, dicing, screwing, twisting, turning and mangling your sounds. There’s a whole bunch of FXs here such as randomizer, modulator, tape stop, retrigger, reverser, stretcher, LoFi, distortion, gater and delay. 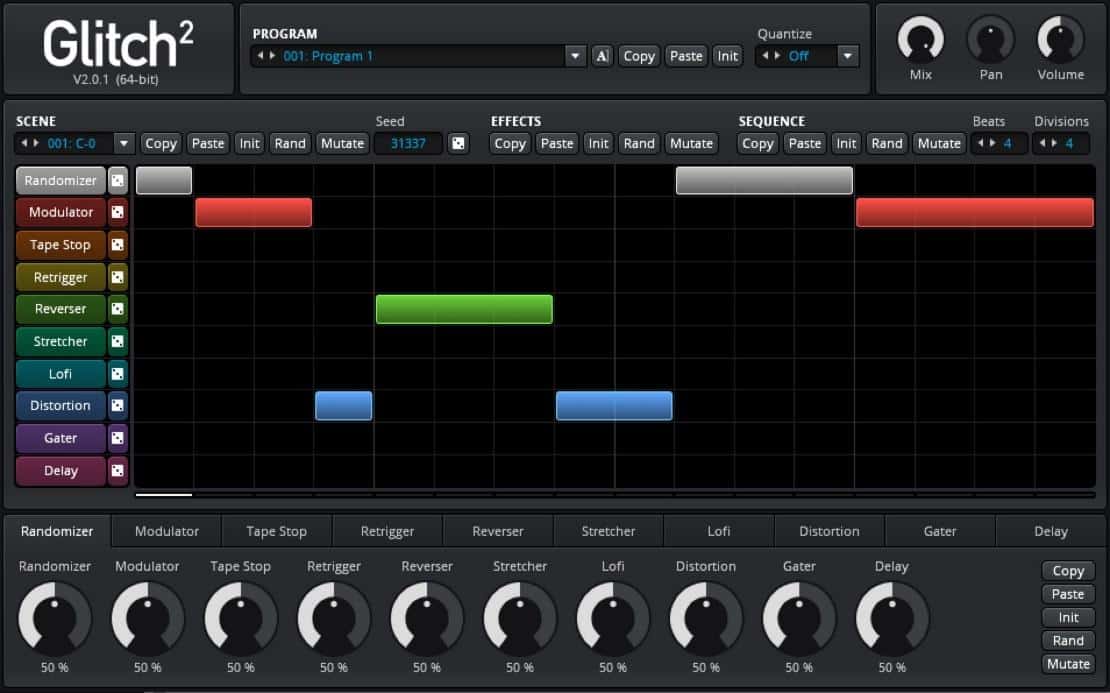 Since Glitch features a multi-lane editor, you can trigger and tweak these effects in real-time. The Mutate function is our favourite because it really randomizes each effect into something completely unexpected. Weirdly enough you can get some really inspiring and awesome results. For 50 EUR you’re getting a lot of fun here.

The name itself sounds cheesy! But aside from the name the UI itself is all cheesy and weird looking. If you disregard all of this you’re getting a really decent resonant filter. It’s designed to be dirty, warm and can add some serious colour to your signal. Frohmage features a low-pass filter, multiple band-pass filter and a distortion stage and it can really transform your tracks. 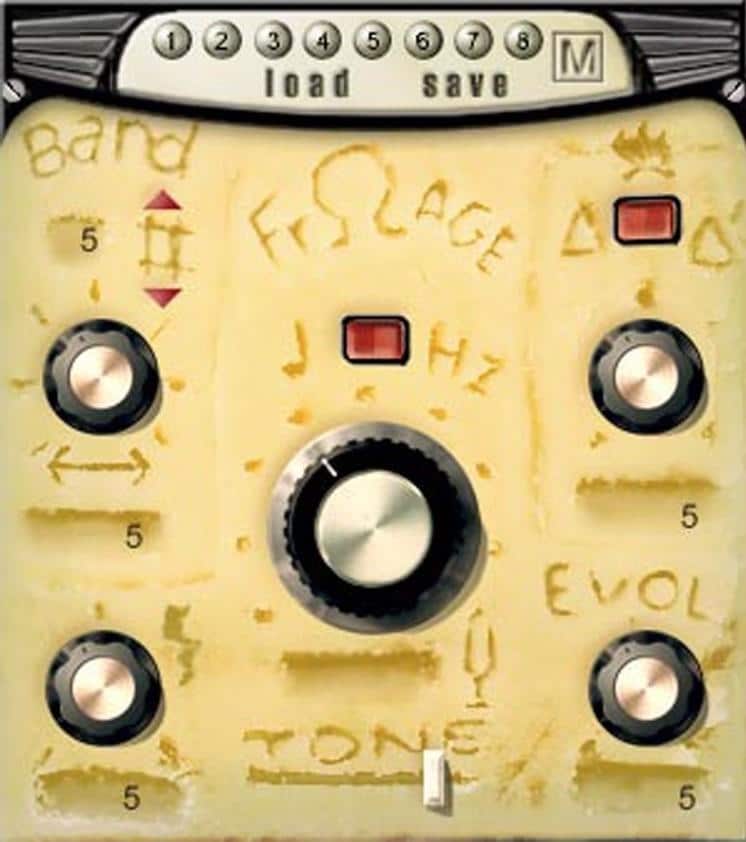 The EVOLVE knob uses multiple pitch-shifting delays for each band of the multi band-pass filters and it creates some out-of-this-world effects. You can even map your MIDI controls to this plugin to control all of the effects in real-time like on a synth. If you’re feeling cheesy, this one’s for you and it’s a freebie by the way.

3 The Orb by Audiothing

This is a formant filter which simulates the characteristics of the human voice. Featuring a set of three band pass filters, The Orb can transform any sound into a vowel-like formant-filtered sound. With the three LFOs you can modulate the Vowel, the Emphasis/Resonance of the formants and the Drift which can shift up or down the frequencies of each formant. 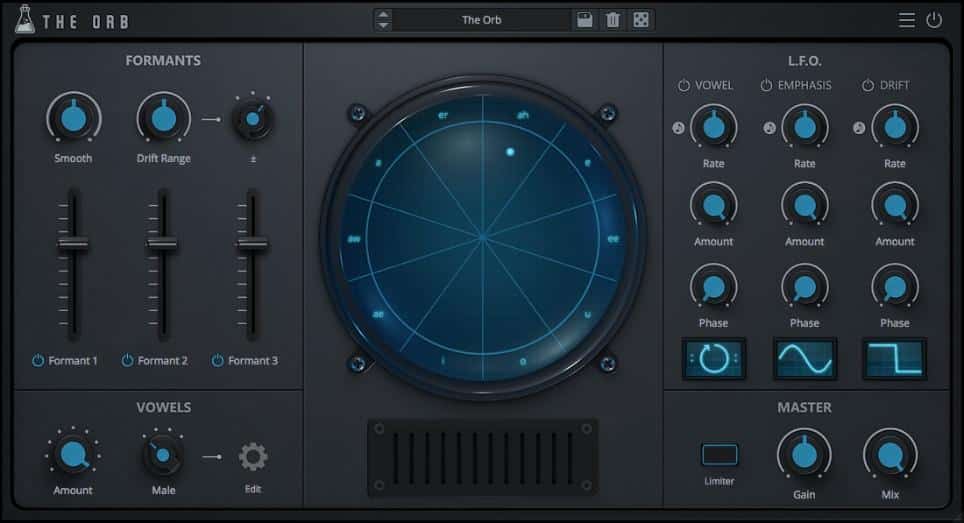 You can also create your own set of vowels by changing the name and frequency for each vowel/formant. Oh and it also looks like a control panel of a submarine or something from the cold war era, so it’s cool to look at as well. It’s 50 EUR so give it a go if you please.

Even though this is a straight-up simple flanger, they got us with the name here. Just for the name itself you need to take a look at this one. It’s 32-bit Windows only but has some dirty raw sound which many modern digital flangers don’t have.

The GUI has four simple knobs for control and features Ned Flanders dressed as the Devil. Have we mentioned it is free? Go get it!

This is the first VST instrument which features vocal synthesis with a real-time animated 3D interface. What it does is that it enables you to make a Tibetan monk overtone sounds simply by playing one note due to its monophonic structure. 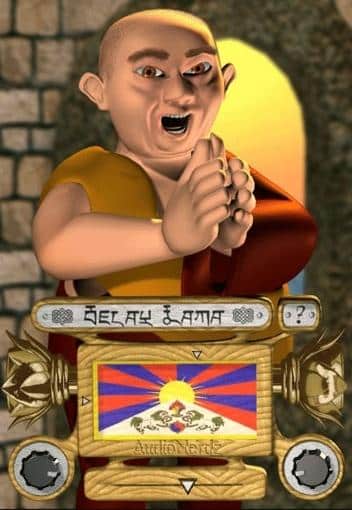 Use the built-in XY pad to adjust the pitch of the sound and go through the vowels. It features a simple stereo delay to add some depth to the sound. This a ridiculously funny instrument in the best way. It’s free, so you don’t have an excuse for not at least trying it.

Here’s something for all of you cat-lovers out there. The sounds of this synth are actually based on a real cat owned by the developer. It’s a freebie and it’s actually nice for creating some weird sounds. It features a single oscillator which is basically a cat meowing and it has an auto filter. 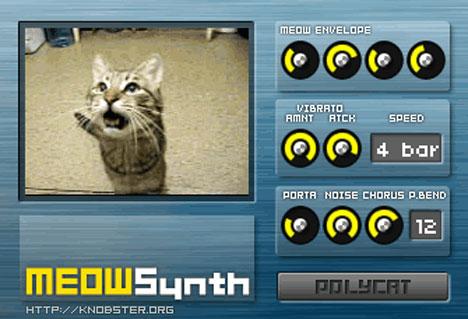 It was formerly known as Fission, but the guys from Eventide decided to change it for some reason. This is a structural effect that breaks-up a signal source (or a sound) into its basic components and then processes them individually, only to combine them back together again. It separates the transients and tonal elements in order to individually process them. 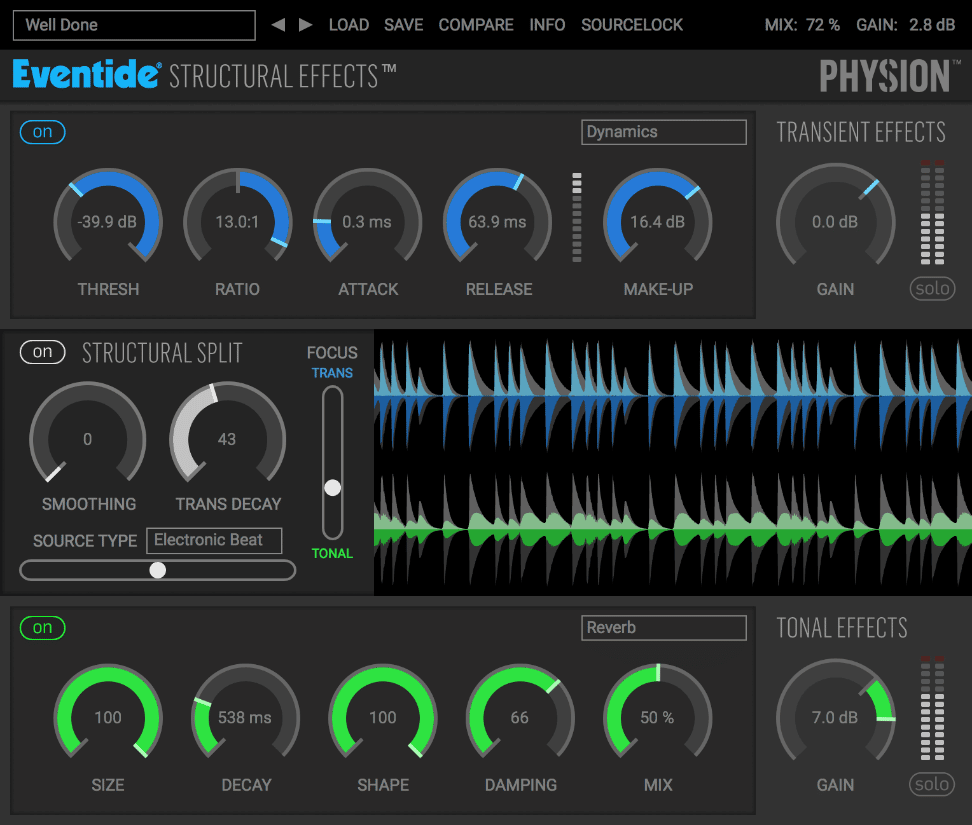 It features six transient effects and seven tonal effects and it can really alter the sound in unimaginable ways. You can totally change a drum sound by processing the resonant pitch without affecting the transient pitch and it can adjust the impact of a pick on a guitar string. Physion also features reverb, delay, chorus, phaser and tremolo for adding depth so it’s more than just a transient and tonal shaper. Bearing in mind the price tag of $179, it’s a good thing they offer a time-limited test version.

We simply had to feature this one! This one covers everything a weird plugin should have. A weirdly looking interface is absolutely matched by the sound shaping capabilities.

Cannabis vocoder is a funny plugin which can completely change the sound of your vocal track. The mono version is an effect plugin and by using the effect on the vocal track the software automatically tracks the tune of the vocal track and calculates the pitch of the changed sound as well. The poly version is a VST instrument application so you can load the vocal track into the software and by playing your midi keyboard you can create a polyphonic vocoder effect. Real cannabis is often not free and it will get you into a lot of trouble with the authorities, but this plugin version won’t. 🙂

Okay, so this one REALLY wins on all fronts! It looks like it’s out of this world and sounds like it too. This is how Freakshow Industries describe it: 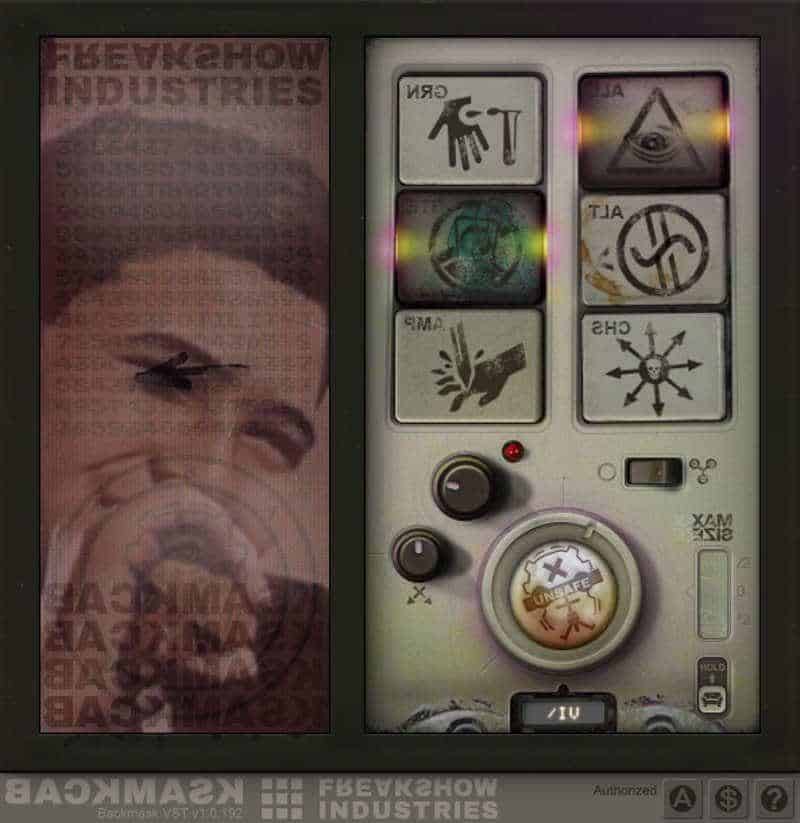 This is how we describe it: ABSOLUTELY MENTAL. In the best possible way. This one is our favourite of the bunch. For 20 bucks it’s a no-brainer too.

This one is similar to a lot of synth plugins out there but it goes through a lot of short chromatic delays in order to create some rather strange sounds. With a massive set of features in its interface and a giant host of presets, this comb synthesizer should keep you busy for a few hours… or weeks. Depending on your synth addictiveness, it’s a cheesy synth to say the least. 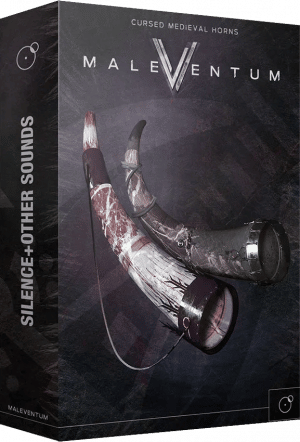 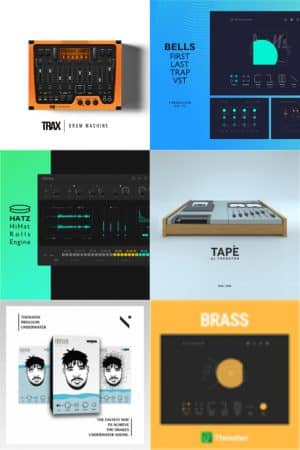