Drums come in various sizes, collections and kits, and every producer, beat-maker and composer out there knows that drums are an essential part for your rhythm and groove. So we’ve scouted for some really great drum sample collections for everyone’s taste in no particular order.

This sample pack was recorded by Eddie Kramer at AIR Studios (Studio 1) and then carefully edited and programed by the creative minds at ‘Toontrack’. You get five full drum kits, each tailored after a significant era of Eddie Kramer’s career, but you also get three extra recorded kicks, six snares and a wide variety of cymbals. This sample pack also includes two orchestral timpani, 36” and 60” gongs as well.

All of the kits were individually sampled and played with sticks, brushes, mallets and fingers (hands), both in stereo and 5.1 surround. You also get custom-made presets designed by Eddie Kramer himself. Really, this one is hard to refuse at a price of 160 Euros. 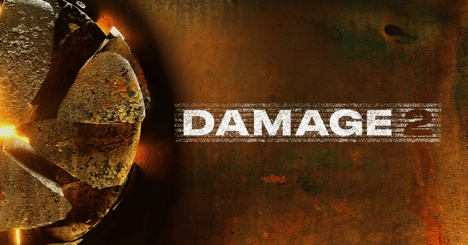 Ensemble Designer, Kit Designer and Loop Designer are the three new instruments that deliver next-gen workflow, enabling you to create your very own custom kits and loops. There is a whole bunch of Kontakt Snapshots (over 200) divided into 20 categories, so there are a lot of options to choose from. The library comes in at roughly 25GBs of samples with a price tag of $399.

‘Keepforest’ are well-known for their sound designed trailer instruments for Kontakt, and it was expected of them to create a big trailer percussion library at some point. ‘Ferrum’ is the name of the library and it features some pretty massive drums and percussion, from epic and massive cinematic hits, punches, anvils, door impacts, over to cymbals, bells, metals and metallic Foley FX.

Aside from this abundance of sounds, ‘Ferrum’ features a built-in step sequencer, stage placement module similar to what you can see in ‘Damage 2’, multiple playback modules which include doubling and ensemble options, a really useful FX rack for processing of sounds, and of course, a whole bunch of snapshot presets inside Kontakt 6 engine.

‘Ferrum’s’ instruments are divided into 23 patches, with a total of 550 notes, with up to 16 round robins per note. Everything is sampled and recorded with several mic positions and velocity layers for maximum realism. In order to own ‘Ferrum’, you will need to lighten your wallet by $299.

4. Toontrack – The Rooms Of Hansa

Another ‘Toontrack’ entry to this list comes in the form of a really great expansion pack for ‘Superior Drummer 3’. ‘The Rooms of Hansa SDX’ is a massive 122GBs worth of drum samples recorded at legendary Hansa studios in Germany.

This pack features drums produced by Grammy Award-winning recording/mixing engineer Michael Ilbert. With a broad and handpicked collection of drums captured in all four available rooms on the studio premises, this expansion truly showcases an incredible width in regard to both tonal range and ambience.

What you get is 6 complete drum kits with many options for custom configuration, for a total of 12 snares, 7 kick, and a vast collection of cymbals and hi-hats. This expansion features all four individual room configurations for each drum kit, so you get a lot of creative freedom to create your own sound. Meistersaal setup is recorded at 5.1 surround, whilst others are stereo, and what’s also included is the extra stereo ambience captured in Hansa staircase corridor. If you want this legendary sound, it will cost you 159 Euros.

If you take a look at the promotional video for this drum pack, you know this is a massive kit specifically targeted at metal producers, and that’s exactly what you get. Huge pumping and aggressive in your face drums perfect for modern metal and extreme guitar music genres.

The team from ‘GGD’ says that ‘Invasion’ is their most extreme drum library in every sense of the word, and believe us, they’ve done some aggressive drum libraries before this. More drums, more cymbals and even more features than before.

‘Invasion’ is a Kontakt Player library with full NKS integration, with fully featured and intuitive UI (kind of reminds us of Steven Slate Drums) to create your own tones. It also features a built-in groove player, processing FX and reverb.

You get 7 snares, 4 kicks, 12 toms and a whopping 30 cymbals. What is also great is that all of the samples have been tuned properly and they are phase-coherent with one another, so you won’t have any issues while mixing. ‘Invasion’ will take up to 15GBs on your hard drive and will set you back $119.

Here is something nice for all of you Studio One users out there. If you are looking for a really good sample pack of analog synthesized drums and some acoustic percussion, and you’re bored out of your 808s and other drum machines, then this is the place to start.

This pack comes with 20 really useful Impact XT presets for Studio One, and it features kicks, snares, Hi-hats and percussion. Also, you get over 160 musicloops for chopping and re-arranging to create your own grooves and beats.

The analog drum samples were crafted with a modular synthesizer for maximum warmth and punch. The percussion samples were recorded with an LCR (Left, Center, Right) mic setup for a nice stereo image and natural sound. Drums, congas, tons of shakers, cymbals, and small percussion instruments add an organic sound and natural ambiance to the synthesized drums. At a price of $30 for 230Mbs of samples, there’s really not much to argue about.

If you are into Ableton Live and you spend most of your time creating beats, then this sample pack is for you. Go beyond the usual breakbeats with loops, one-shots, full multi-sampled kits, and effected drums from the electronic drumming master, KJ Sawka.

This sample pack covers a vast number of music genres, from Drum n’ Bass, Jungle, Dubstep, House, Rock, even Metal – the list of electronic genres that benefit from the tightest and most energetic breakbeats is never-ending. Each drum kit also includes a set of different MIDI clips designated for genre, instruments featured, and tempo – designed for the Madder Beatz kits, but usable anywhere you want. For $60 you get a nifty 1.64GBs of samples at your disposal.

The guys at ‘UJAM’ create some really useful and small-sized sampled packs for beat-making, and ‘Hype’ is their latest and greatest. This is a sample collection inside of an instrument loaded with Prog House and EDM beats and individual samples.

‘Hype’ allows you to create some really useful and professional beats within a minute. With its collection of loops and one-shot samples, it gives you a lot of varieties and it syncs to your DAW tempo, you’ll always be spot-on the click, and that is very important for electronic music.

The loops themselves can be modified and tweaked to your desire, so you can rest assured that you won’t be hearing the same sound twice, unless you want it.

The GUI is fairly simple to use and everything is nicely visible, and the commands are straightforward. What it says is what it does, so the only thing you need to do is to concentrate on creating music. This sample pack is only 160Mbs and will cost you $69.

If you love that retro 80’s sound and Synthwave runs through your veins, then this is your non-stop shop for synthwave beats. Not only will you get great sounds from the 80’s era, but you will also get modernized sounds for today’s popular synth-pop and synthwave music production.

As with ‘HYPE’, you get loops and individual one-shot samples for total control of your beats. Inspired by some of the most legendary classic drum machines from companies like Linn, Roland, Simmons or Korg, ‘VICE’ turns your drum programming into a retro-futuristic adventure of epic proportions.

The GUI is an eye-candy with all of those neon flashing lights and a replica of DeLorean at the centre. The controls are the same as for ‘HYPE’, so if you learn one Beatmaker sample pack, you’ll know them all! Time traveling back to the 80’s will cost you $69 for roughly 60Mbs of samples.

For all of you Cubase users out there, Groove Agent just got a new drum sample pack you might like. ‘Marco Minnemann Studio Drums’ is recorded using Marco’s personal 19-piece DW purpleheart wood kit. Every piece was handpicked and played with classic raw power by Marco himself.

This is a deeply sampled acoustic kit with 12 unrestrained MIDI styles of progressive rock, jazz, fusion, heavy metal and more. The MIDI grooves are really useful for laying down the groove of your tracks, and they also include complex 13/16 grooves and styles at up to 260 BPM. This sample pack will take 4GBs of your hard drive space and you can own it yourself for a price of 80 Euros.